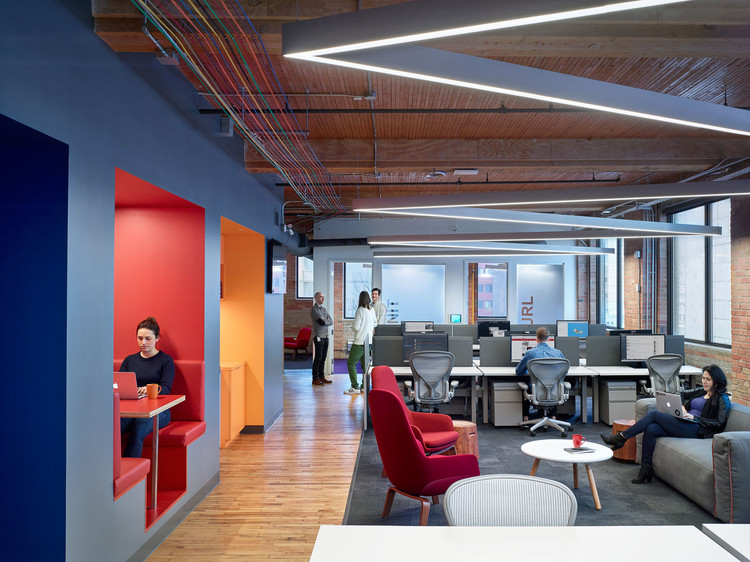 Text description provided by the architects. Slack, the world’s fastest growing tech company in history, is a San Francisco based startup offering a revolutionary team communication app for business. After just a handful of years, the company had already opened offices around the globe including Vancouver, New York, Melbourne, London, and Dublin. Each office occupies a former industrial building with interiors that honor the property’s legacy, renew its productivity, and reflect Slack’s values of empathy, solidarity, and craftsmanship.

For their Toronto location, Slack sought to create an imaginative space that reflected their company culture and its relationship with craft and technology. Set in a former knitting and textile factory in the heart of downtown Toronto, three stories within the interior of this mid-rise brick and beam building were redesigned to meet all the needs of a twenty-first-century tech company, inspired both by the building’s heritage and the company’s work culture.

The project team drew from a “threads of communication” concept using linear geometries throughout the space, such as continuous angular light fixtures and colored networking cables running through the length of the office on the ceiling and walls. These enliven the space in an homage to the lines of yarn that were used in the mechanized knitting process, while also referencing the communication service of the messaging application itself. In the reception area, the design team worked with long-term collaborator Kathryn Walter of Felt Studio who wrapped diagonal strips of industrial felt along the walls and ceiling, creating a warm and inviting environment as soon as you step into the office.

A feature characteristic of the interior is the bold, contrasting pops of color that demarcate distinct areas including solitary workstations, phone booths, break-out meeting rooms, a staff lounge and sleek executive boardroom. Each zone corresponds to a single color that comprises Slack’s branding, reinforcing company identity while also providing visual interest and relief to the otherwise yellow tones of the brick and wood interiors. Meeting rooms are uniform yet each unique, owing to their bold and varied color scheme.

Throughout, vibrantly colored acoustic wall paneling matches textured carpeting and distinctive furniture pieces. The angular light fixtures appear to thread through the ceiling, knitting workspaces, and meeting rooms together. The large communal cafe picks up on the linear theme again with its white and wood diagonal slat finish. The interiors are varied enough to meet the functional requirements of 140 employees, but they also bring a sense of continuity and community to the workplace. The result is a fresh take on an old space that is serious about work while offering a playful and comfortable space for its employees to succeed. 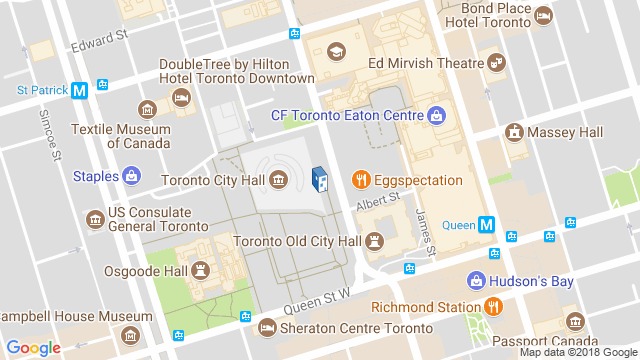 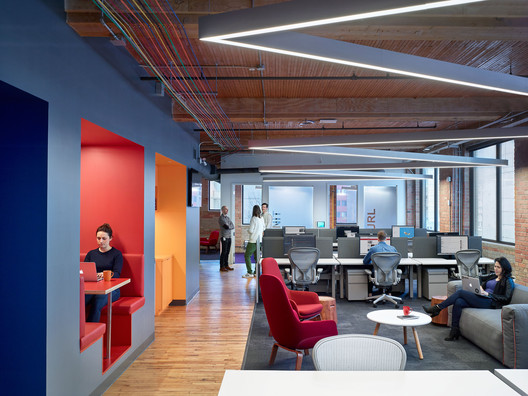