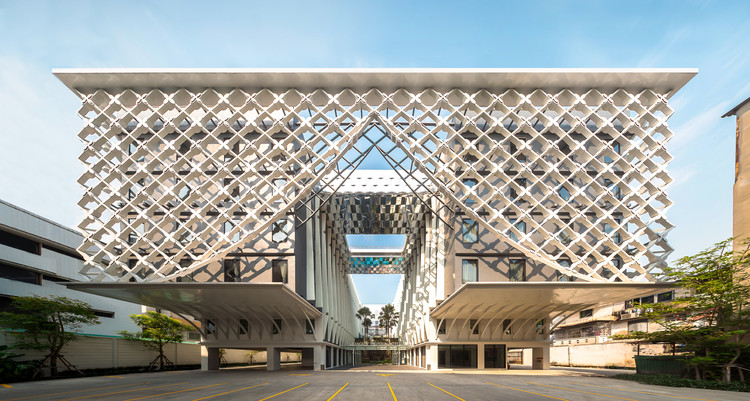 Text description provided by the architects. Bangkok Midtown Hotel is a 6-storey hotel with a multiple of public facilities such as main lobby, restaurant, swimming pool and Thai spa. The 4-star hotel is located among untidy surroundings and very close to row houses at 3 sides of the site. The only side, the front, that connected to Rama VI road is intentionally designed to engage with an open courtyard.

Our main concept of the project is to reinterpret a visual definition of "traditional Thai" and transform it to be "Contemporary Thai" architecture. The Thai traditional floral mobile is purposed as building facade pattern and a visual filter for both users and neighborhood. The façade also acts as a second skin and sunshade of the building which creates a shape-duplicated shadow on the wall.

The front side is gradually opened to be a welcome main approach of the building. In the courtyard, the pillar-alike vertical fins represent the traditional Thai temple pillar. At the end of the group of pillars, reflecting glass wall is designed and situated in order to create a visual continuous hall.  The bridge on the roof is initially designed to be a roof top bar. Its bottom is covered with mirror finished aluminum composite panels with a different angle in each panel.  Not only it creates an illusion reflecting effect but also referred to be identical to a character of mosaic glasses on Thai pagoda. 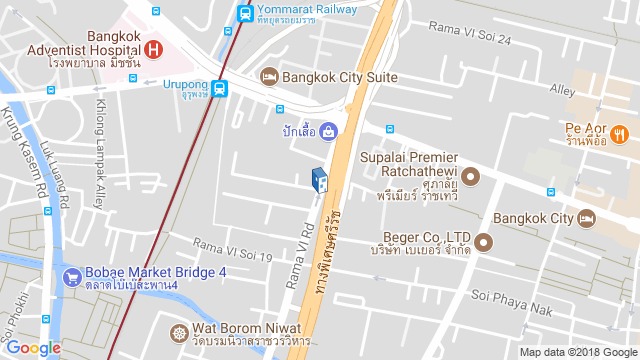 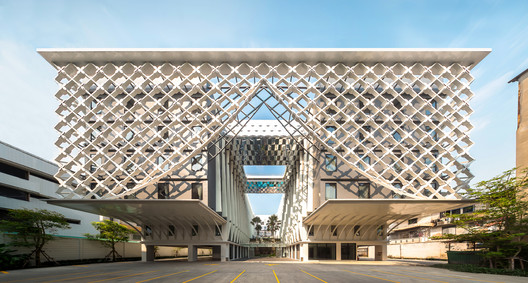