Kaunas City Municipality has announced SMAR Architecture Studio as the winners of the Science Island International Design Contest for Lithuania's new National Science and Innovation Center. SMAR's design was the highest ranked of three winners in the Design Contest, which was the most popular in Lithuania's history attracting 144 teams from 44 countries.

Dr. Fernando Jerez, Founder and Creative Director of SMAR Architecture Studio, references the existing landscape of the unique site in the center of the city as the driving force of the design, which is "topped by a sloping and reflecting upper disk". The €25 million will be located on Nemunas Island in the Nemunas River, very close to Kaunas' historic Centras district.

This will be a new sun for Kaunas, evidence that science is always awake and searching for new answers -Dr. Fernando Jerez, Founder and Creative Director of SMAR Architecture Studio.

The detailed design phase is set to be complete by early 2019, with the center expected to open in 2021 just ahead of Kaunas' term as European Capital of Culture 2022.

The Design Contest was organized by Malcolm Reading Consultants. Competition Director and jury chair Malcolm Reading said of the project, "Science Island has the ingredients to be a major international success: a well-conceived project, a very committed client and an outstanding design team."

The government of Lithuania announced today the 3 winning architecture firms of a competition to design a new National Science and Innovation Center, to be known colloquially as "Science Island," in the city of Kaunas, Lithuania. The competition, organized by Malcolm Reading Consultants, saw entries from 144 teams, making it the largest design content ever held in Lithuania. 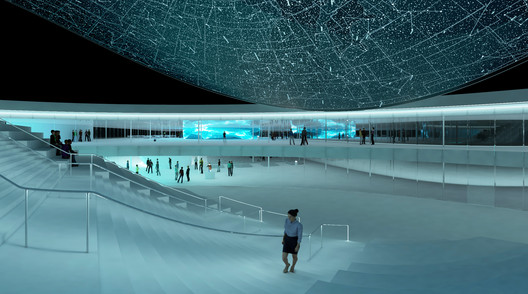