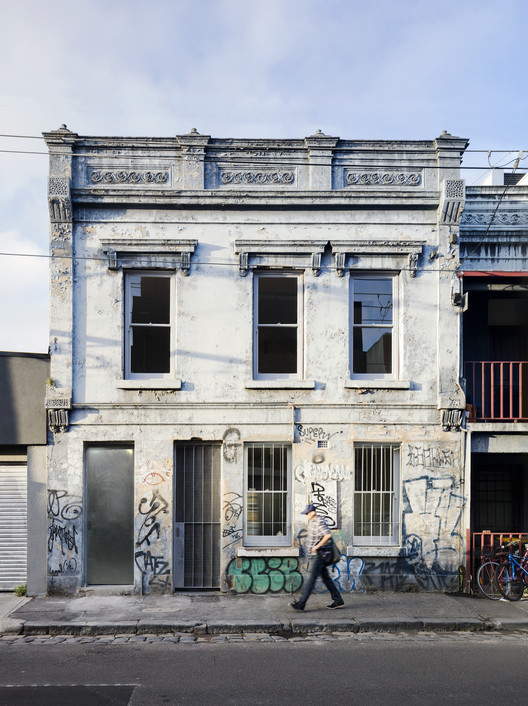 Text description provided by the architects. Located in the Melbourne suburb of Fitzroy, this restoration and addition to a 150-year-old building showcases the rich history of the area and demonstrates how prioritising natural light over floor area can make the most of tight, inner-city sites. The project involves the careful restoration of a heritage listed building and a new two-storey addition to provide for two unique apartments.

Having been unoccupied for several years following an abandoned renovation, the original Victorian era building and a more recent addition at the rear were in a dilapidated state. The building footprint covered the entire site and the rear laneway was full of rubbish and clogged with ivy. The 1860’s building - having been partially demolished - displayed evidence of its former uses as a residence, hotel, coppersmith and warehouse. Rather than stripping the original building back and providing all new finishes, wherever possible the rich history imbedded into the original building fabric has been preserved and exposed.

The weathered façade of the original building has been left untouched – retaining the rich patina accumulated over the last 150 years – with new timber windows and doors manufactured to match the original profiles. Internally, Victorian era features have been reinstated with a clear delineation created between old and new by the clean, minimal lines of the new joinery which floats in the space – allowing the cornices to continue unobstructed. On the ground floor, a floating timber floor was removed and original concrete slabs polished, exposing old nails and tools which were thrown into the concrete mix.

A double height void was created in the middle of the site, separating the original building from the new two storey addition. The new void creates a clear delineation between old and new buildings and provides for access to natural light and ventilation. External walls exposed by the new courtyard have been left exposed, revealing the original bluestone footings, various layers of brickwork and a more recent history of graffiti.

Spanish mosaic tiles clad the facade of the new addition, referencing the flaking paint and cracked render on the front façade and reflecting light into the double height void. A two-storey glass bridge spans the courtyard and provides internal access between the original and new sections of building – heightening the experience of transitioning between old and new.

The living area of the ground floor apartment is located at the rear of the property with new windows and doors opening onto the previously neglected laneway, which has been cleaned up as part of the building works for all adjacent properties to use.

In restoring the original building - retaining the rich patina which has accumulated over the last 150 years was valued over recreating the old surfaces. The new addition has been carefully crafted to respect the original building with access to natural light prioritised over total floor area. Together they have created a unique property which respects the past and embraces the future. 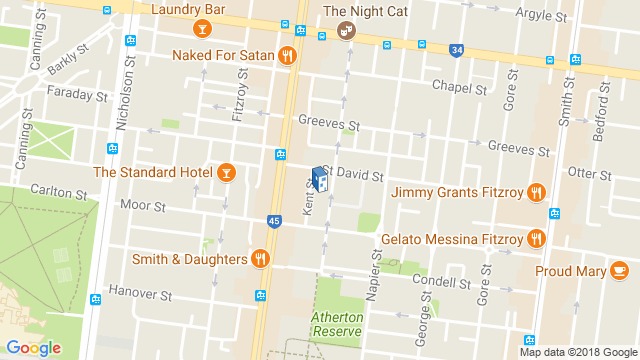 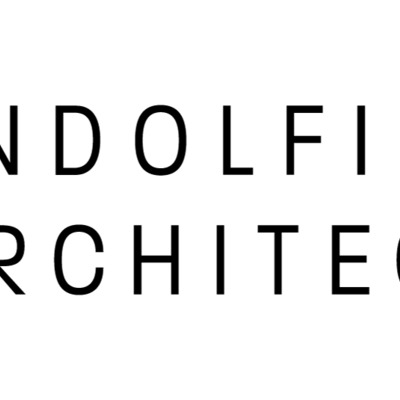