Modernity certainly does not have to be characterized by ugliness, but we may well have to make some revisions in our standards of beauty.
— Edward J. Logue

pinkcomma gallery is proud to present Brutal Destruction, photographs of concrete architecture at the moment of its demise. The exhibit is curated by Chris Grimley of the architecture office over,under. The exhibit opens 12 April, 2018 from 6–9 p.m., and the will be on display through May 03, 2018. 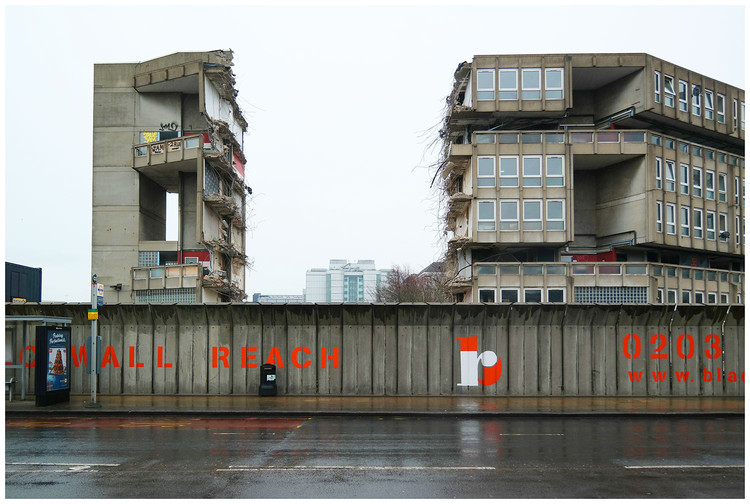 “Monstrosity” appears to be a favorite word for those who wish to bully and belittle architecture into obscurity and, in the more alarming cases, onto a demolition list. We need not look hard to remind ourselves that the term has been used by previous generations to describe Victorian architecture, French Second Empire buildings, and many other styles seen as outmoded within a half-generation of their heyday. Our contempt for the destruction that followed should give us pause in today’s rush to judge the concrete buildings of the mid-twentieth century as unsightly or alien.

Curated by Chris Grimley of over,under, Brutal Destruction features a collection of photographs by Matthew Carbone, Harlan Erskine, Jason Hood, Rey Lopez, David Schalliol, David Torke, and Oliver Wainwright. These haunting images of buildings in the process of destruction show an architecture once praised, yet now at its most vulnerable a half-century or so after its completion, and vilified to the point of demolition. Suspended between life and death, these buildings remind us of the power that architecture can possess upon its inception, but also of the forces that conspire against it once it is judged to have become old, out-of-shape, obsolete, or ugly.

If there is a lesson in seeing concrete masterworks disfigured and demolished, we do not believe it lies in exposing or punishing the hubris of the generation that created them. Rather, the current wave of destruction says more about our own pessimism, the weakness of our potential building legacy, and our lack of patience in finding ways to supersede the cycle of ugliness and make these monstrosities our own.

Brutal Destruction is part of the ongoing Heroic Project, which also includes the book Heroic: Concrete Architecture and the New Boston (The Monacelli Press, 2015), and the Brutalist Boston Map (Blue Crow Media, 2017). 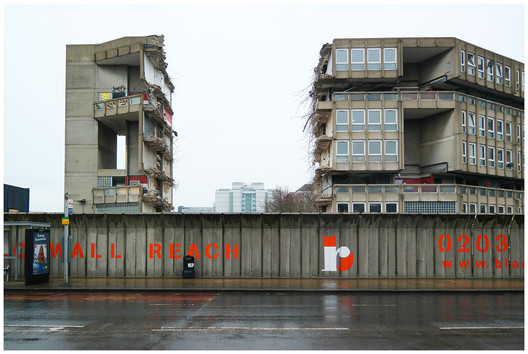