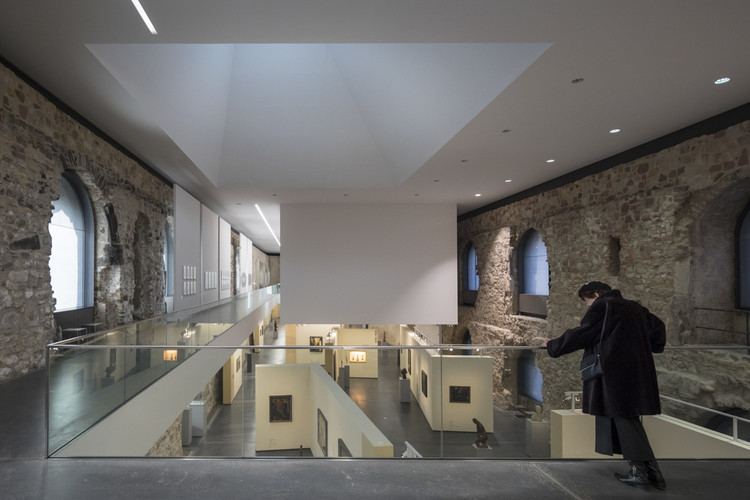 The Moritzburg castle was already host to a notable collection of modern art, mostly German Expressionism paintings, for over a century. So when the museum received a large donation by one of the most valuable private collections of the Die Brücke Expressionist group, they knew they would need more space to accommodate these incoming works.

Nieto Sobejano Arquitectos' solution was to design a new roof as a large platform, and fold it so that it rises and breaks to allow natural light to enter. In doing so, the original floor was left untouched, and no columns needed to be inserted into the main gallery.

Two new vertical communication cores were also built to further enlarge the space. The first, located in the North wing, connects different levels together. The second is a new 25-meter high tower that provides access to new exhibition areas as well as views over the city.

The visual geometry of an angular metal tower built along the castle's existing irregular shape and high roofs creates an interesting new aspect to the castle. The architects believe that these new developments will only to add to the interesting history of the Moritzburg Castle over time, and enhance the image of the romantic ruin. 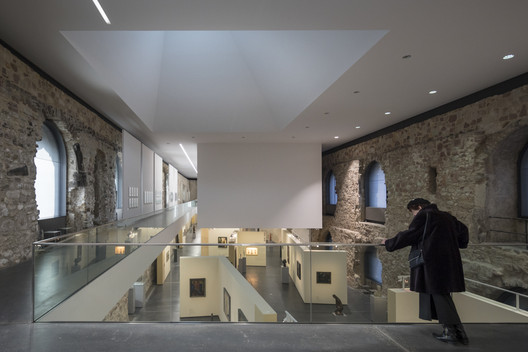