Save
Is This the Most Beautiful Ghost Town Ever? Drone Video Captures Chinese Village Reclaimed by Nature
Share
Or
Copy

As the shadows of the past loom around what’s left of the overgrown houses and pathways, videographer Joe Nafis has perfectly captured the rare charm of the abandoned fishing village of Houtouwan using his drone. From above, you can appreciate the extent of the foliage carpeting the walls, roofs, and openings. It was the promise of this unlikely setting that first led Nafis to visit the village as part of a fashion shoot. 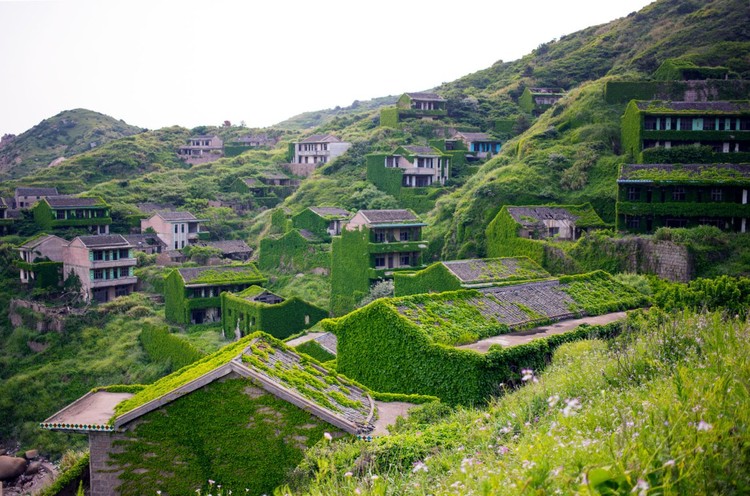 Houtouwan was once a bustling town on Gouqi Island that was home to more than 2,000 fishermen and residents before they were forced to find work elsewhere in the 1990s. Large trawlers from nearby Shanghai caused the fish supply to be depleted—leaving both the sea and the village empty for Mother Nature to show her prowess. Now, little remains beside the verdant greenery that has completely consumed the urban landscape.

“The overgrowth was definitely more than I had imagined for only being abandoned for 20 years,” Nafis told Lonely Planet. “It was strange to say the least. It looked like five or so people still lived in the village. Other locals seemed to open a couple of shops at the weekend for tourists. We were there on a Monday and it was completely empty; we were the only people walking around, and it was super quiet.”

Traces of human life lingering behind, forms carving their way through the land and sky, objects left in disuse and air that seems frozen in time -- whether morbid or sublime, abandoned buildings and settlements are an object of fascination and intrigue to architects and non-architects alike. 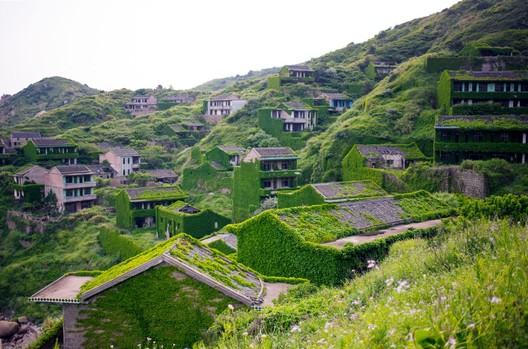