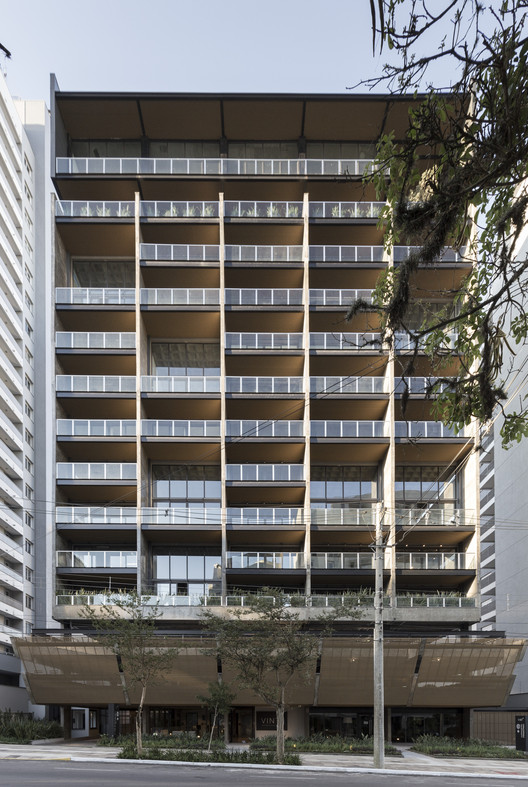 Text description provided by the architects. VINT building is located at a quiet street in a highly valued residential area of ​​Caxias do Sul-RS, Brazil. The lot faces south, thus opposed to the sun path in the south hemisphere. Tall buildings surround all its sides, including the back. With little direct sunlight at a region that is cold for the most part of the year, the lot was not very suitable for a high standard residential building, which would be the obvious choice for the neighborhood.

Aware of the site distinct conditions, the developer brought us the challenge of creating a commercial building that could break the paradigm of exclusive residential use in the area: a building that would instigate the desire to work there and would bring its own personality. Completing 20 years of operation, the developer sought to commemorate this date with the creation of a landmark in the architecture of Caxias do Sul.

At the same time, the city master plan had restrictions to the maximum area allowed for non-residential activities. We would have to be creative to enlarge and enhance the private areas of the project, making the best use of the site, as well as reaching a desired high volume to dialogue with the tall neighboring buildings.

We began with the proposition of balconies, which do not count as area for planning purposes and are not subject to the limits established by the city master plan. Taking advantage of the friendly external environment, we considered the front balconies a way to open the window frames from floor to ceiling, creating a pleasant feeling of integration with the outside, in opposition to the glass towers that seek to isolate the typical noisy avenues of our big cities.

In the corner rooms, we were able to create large balconies at the back, allowing the use as a formal meeting room or as a more casual space - with the barbecue grill option. Still with the idea of ​​making the building taller and creating different environments, we proposed several rooms with double ceiling height, which also brought movement and a unique look to the façade.

Pursuing quality of life at work and social integration, we proposed a whole floor for common use. We created a large square with happy hour environments, meetings and exercises on the 13th floor. With a privileged view and with the unusual presence of a 9 meters high olive tree, this common area creates an exception in the facade, making the transition to the last floors, built with metallic structure. The common area and the last two floors, composed by duplex office spaces, creates a singular light topping for the building.

While integrating and respecting its surroundings, its special personality is noticeable at a first glance. 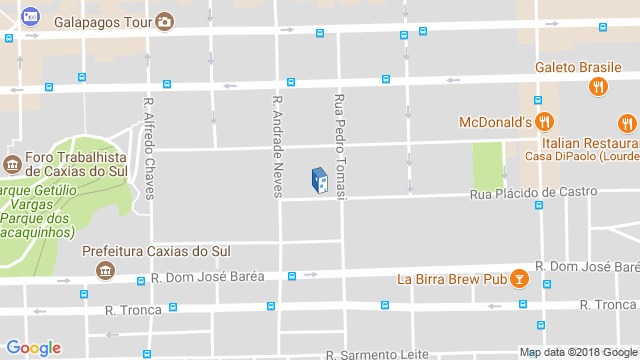 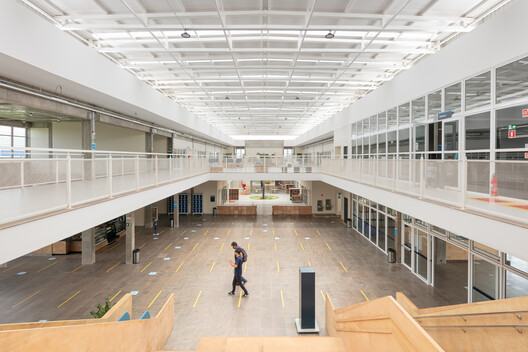