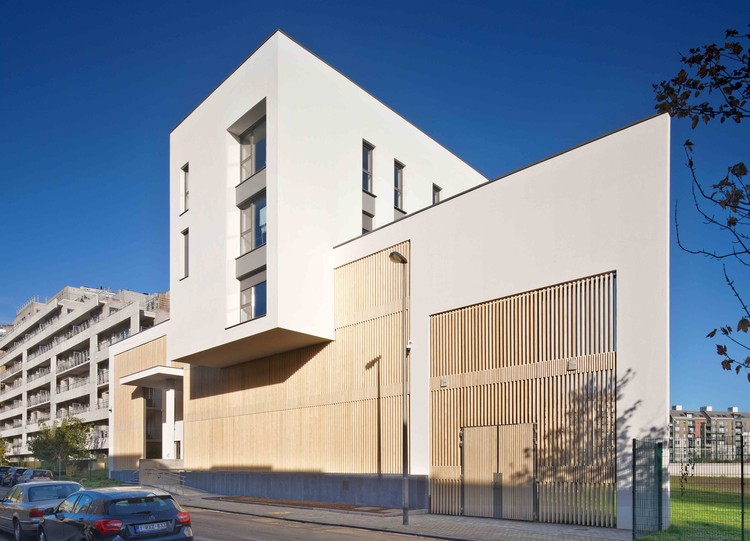 Text description provided by the architects. Surrounded by many residential buildings, a school and an area dedicated for temporary events with a football stadium and an Olympic pool, the new police station is situated at the junction between different mixed functions, sometimes calm, sometimes subjected to important happenings. It was essential to take this site’s characteristic into account before proposing a new face for the developing neighbourhood.

The project tends to submit to its surrounding environment, and the way the building is perceived was a central point of consideration. Designing a building that accommodates services typical for an authority and security institution proved to be a real challenge regarding functionality and symbolism. The design had to reflect a strong image to represent the Police, and at the same time it has to integrate smoothly in its context in order to be appropriated by the neighbourhood’s inhabitants.

Through its volumetry and proportions, the project creates a strong symbol in a determined environment, reflecting the services brought by the new station. The solution was born from an architectonical element found on Géomètre Street, thus ensuring an optimal integration and marking a symbol of force through a buffer wall between the private and public space. This approach allowed us to clearly distinguish the new police station, keeping at the same time a balance with the neighborhood’s other inhabitants.

We tried to reach our aim by working with a volumetry that respects the existing context. The new intervention had to be showcased as much as the surrounding buildings.

On a functional level, the design proposes bright and fluid spaces despite the challenge raised by a site with such a small surface. The free terraces provide the building with a certain flexibility through time.

In order to reinforce this adaptability, one of the most important aims of our approach was to ensure that all occupants benefit from natural light. The patio creates a certain lighting quality, flexibility, and a visual relationship between the building’s various occupants and visitors. 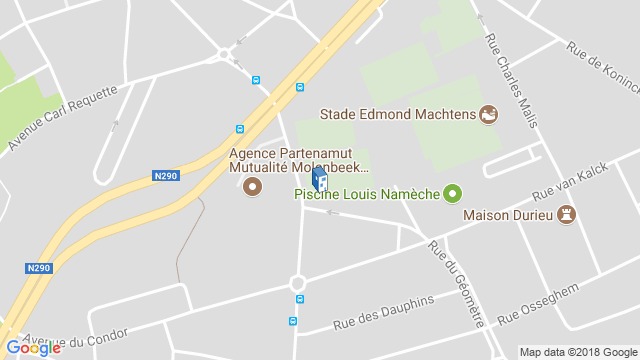 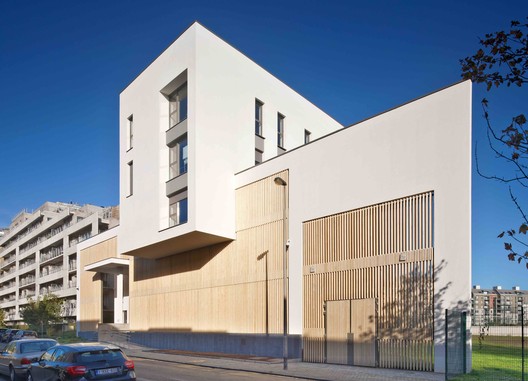