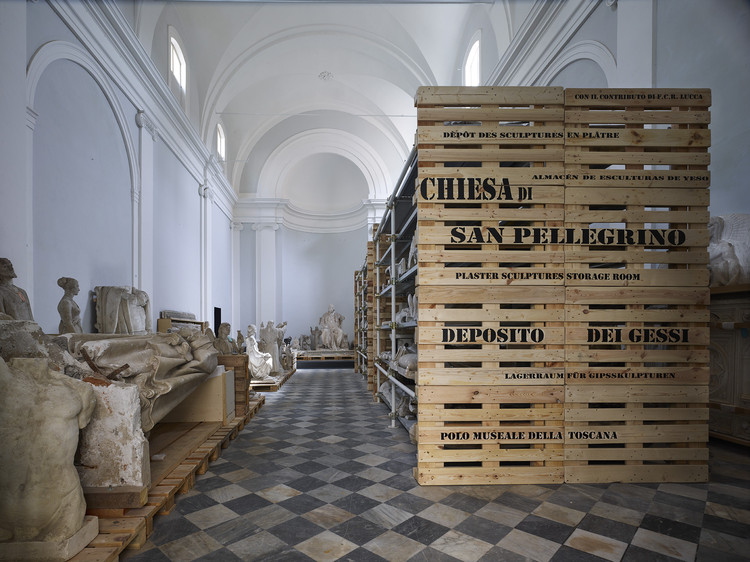 Text description provided by the architects. The Church of San Pellegrino in the historic center of Lucca takes its name from its location which is on Via San Pellegrino, now called Via Galli Tassi.It is believed that it was built at the ancient San Giorgio doorway, that is, the access door to ancient Roman forts. Expanded in the middle of the seventeenth century with the great vaulted hall, it became a pilgrimage and prayer center for wealthy local families. In 1808 the Church of San Pellegrino was closed for worship. In the twentieth century, it was an organ workshop where city church organs were manufactured and repaired, it then became a warehouse.

The Church was in an advanced state of neglect, the objective set by the commission was to restore the exterior, the roofs, and interiors with the intent of transferring the plaster cast collections from the Polo Museale Toscano. The collection consists of 230 pieces dated from the mid-nineteenth century to the mid-twentieth century. The project also involved the adjacent rooms that were connected to the church when an ancient door was reopened. It's a low-cost project with utmost respect for the historical artifact, space has been restored to its former splendor and artificial lighting has been created with equipment placed on the hall cornice in order to hide any technological elements from view.

The natural and artificial light truly defines the space. The only architectural elements that have been added are the powder coated steel slabs placed to connect the door to the adjacent rooms, the missing steps in the presbytery, the areas where the side altars of St. Rocco and the nativity were originally placed (no longer present in the church), and the front entrance area. The white marble and bardiglio floor have been cleaned and coated in order to keep the authentic look of the multiple layers of wear from the last century. The atrium room on the first floor of the adjacent rooms will be turned into a small office.

The setting up of the plaster deposits - and given a large number of pieces - is structured by means of two systems: shelves made of metal tubes and wooden pallet tatami boards.  These elements define multiform spaces by using the most important sculptural elements and adequately placing them according to their shape and size. The church hall is divided into multiple visual glimpses that vary according to the light, whether it be natural or artificial.

The material of the architectural finishes combined with the linearity of such a traditional space makes for a very contemporary feel. The glass entrance door connects the urban space to the interior, the first visible element is the frontispiece panel with graffiti in various languages. The multilingual text is a visual metaphor for the universality of art. Being just across from the Palazzo Mansi National Art Gallery, the Plaster casts of the Church of San Pellegrino now form an integral part of the Tuscan museum area. 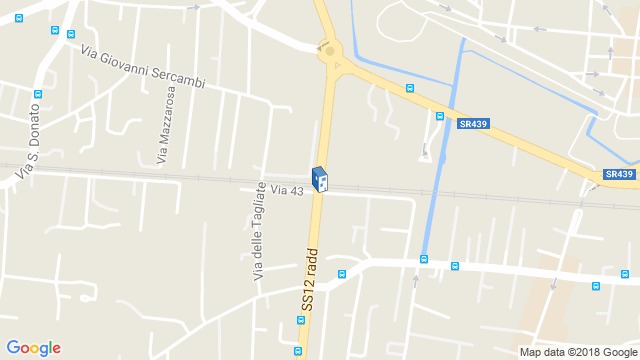