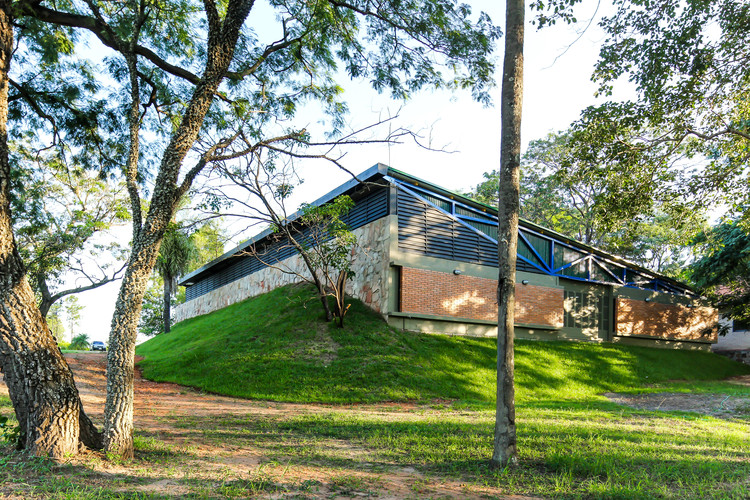 The serenity of the site suggested us to intervene in a light way, we assumed the impossibility of being invasive with the natural landscape, for which we opted to lend the landscape and prefigure the project based on that. We took the slope of the land defined the movement of soil, half-buried, and that the project is somewhat introverted dressed in the texture of the site, its vegetation, the same soil taken from the site and a horizontal line formed by the retaining wall and the coping of the roof.

The constructive system seeks to reinforce the premise, not to contact the orthogonalities of the work with the organic terrain, this led to the walls of the floors to be detached with small beams, which opens the possibility of being able to break the walls on those beams to cross ventilation. The roof and the metal components separated by a stone wall that supports the slope, any definition, always looking for all the metallic structure that requires the requested use, is introverted, leaving all the possible vegetation in view as, as an attempt of redeem the color that received us the first day.