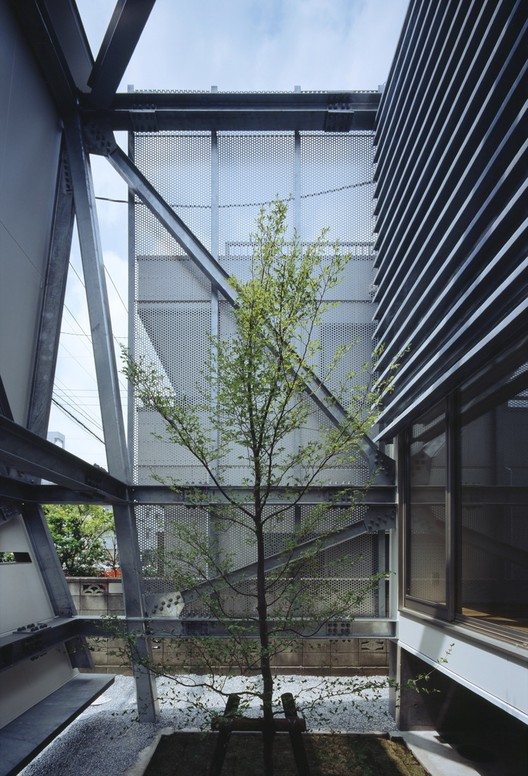 Text description provided by the architects. IDEA Office coordinated with the clients of Y-house to develop a design that successfully incorporates solar access to all parts of the house, connecting to the surrounding environment through outdoor spaces that enhanced the feeling of openness all while maintaining privacy.  Follow the break for photographs and drawings of Y-house.

The site for the house is located in a northern suburb of metropolitan Tokyo that is undergoing almost continuous development. It is bound on three sides by neighboring two story houses punctuated by random windows and balconies that eliminate any chance for privacy, and by a street located along the southern edge.

The forms and organizations of the urban single-family house (along with a variety of other building types) have been driven toward extreme versions of efficiency by an ever-increasing metropolitan density. In a city like Tokyo, increasing land values, proximity to public transportation and the recognized value of maintaining a maximum amount of undeveloped open space outside of the city limits have produced models of ‘existence minimum’ that eclipse any western precedents; we marvel at the phenomenon of the ‘Tokyo dwelling’, where the most is made with the least. Objects are both miniaturized and multi-functional, and even the most modest condition of outdoor space is captured as a commodity of light, air and view. At its best the result is creative solutions driven by extreme constraint, at its worst the production of almost inhumane living conditions.

The house is deployed on three levels: carport, utility and garden on the ground, primary living spaces on the second level, and children’s bedrooms on the third. The three levels are densely organized in the rear half of the site as a tall bar building, liberating the front half of the site as a privacy to provide unfettered solar access, a useful outdoor terrace that effectively doubles the living space, and a garden. The outdoor space is made private by a large, two-story enclosure around its perimeter that is open to the sky. All rooms of the house are oriented to look into the private terrace and garden, avoiding an awkward proximity with their neighbors. A single, large rectangular cutout in the street façade brings south light into the terrace and living areas beyond, while the adjacent garden is more enclosed, introverted and shaded.

The house is strategically designed for passive solar control, employing the screen wall to shade the garden and adjacent bedrooms, and by incorporating a steel brise soleil to cool south facing glazing. Operable skylights allow for the natural ventilation of summer heat, while the low winter sun is brought into the house for passive heating. Other sustainable features include insulated metal panels, a reflective white roof, and instantaneous water heater.

By locating the living areas on the second and third floors at the rear of the site the sectional qualities of the house provide privacy from the street while maintaining southern exposure. By employing a building organization that relies on a densely packed and efficient volume to liberate the remainder of the site, the Y-house creatively responds to the conditions of urban density in order to liberate the pleasures of living. 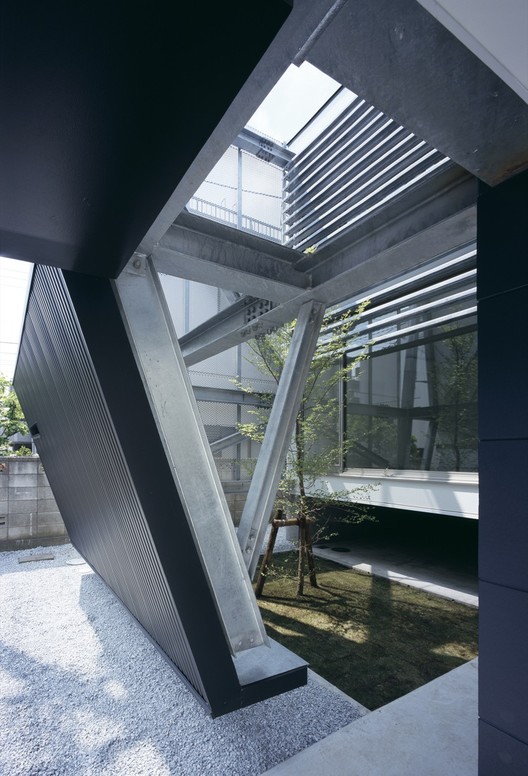