Save
Sharing Your Home with Strangers: What Does the Future Hold for the Co-Living Craze?
Share
Or
Copy

What if your apartment was more than just a place to live? What if it was a catalyst for social interactions? Or what if it removed the everyday tedious tasks of cleaning, paying bills, and buying furnishings? Co-living, a modern form of housing where residents share living spaces, is aiming to do just that.

Co-living is growing in popularity in major cities such as London and New York, where increasing housing prices are forcing residents to look at new and adaptive ways to rent in the city. When we discussed the ambitions and inspirations behind the co-living movement in 2016, it was still a concept that was in its relatively experimental stages. Today, co-living is more focused in its mission, and has found success by pushing people together through a collection of common themes: a yearning for social connection, participation in an increasingly shared economy, and the affordability of a convenient housing solution.

In response to their prediction that co-living will increase in popularity, IKEA’s research Lab SPACE10 and digital designers Anton & Irene launched One Shared House 2030, a global online survey that aims to determine not only how people would like to live together, but also what they would be willing to share—or not—with their fellow residents.The ultimate goal of the survey was to understand how co-living designs can be improved based on what types of spaces and freedoms residents prefer.

More than 7,000 people from almost 150 countries took the survey, and the results are a little surprising. Here’s what SPACE10 learned about what people think about the concept of co-living:

Strangely, what we can tell from these results—especially results such people's desire to live in small communities, to have control over who they live with, and to furnish their own spaces—is that what co-living communities such as WeLive are actually providing is largely the opposite of what people most desire in these unique living situations.

While residents wanted to share a home with 4 to 10 people, most co-living companies are designing giant skyscrapers which house hundreds of people, losing the intimacy of having just a few roommates. WeLive is building a building in Seattle that will house more than 384 co-living residents and Ollie, another emerging company, is launching its own program which will settle almost 500 apartments in a single co-living house in Queens, New York. If people are most interested in developing social relationships, then why are these companies looking more towards the scale of a hotel?

It seems from this SPACE10 survey that no co-living company has yet to develop the ideal living situation that strikes a balance between the scales of large housing and intimate human interaction. Perhaps this is the problem with the WeLive and Ollie housing model. Instead of aiming to understand what potential residents want to have in their homes, the model is dictated by what each company prefers, forcing their target demographic of dwellers to adapt to the specifics of what their living situation will be, rather than the other way around.

This disconnect between the SPACE10 survey and the actuality of co-living might be largely due to the fact that the survey was taken by a diverse group of people, while most co-living models currently only market to a specific demographic: younger residents, many of whom are new to the city. This target market may not know exactly what type of housing they want to live in, so they seek out a convenient and temporary solution where all of the work of buying furniture, paying utilities, and cleaning services are sold in one package.

Moving forward, the success of co-living could come through a few different practices. Companies could either increase their appeal to the younger demographic, finding ways to make their living situation even more convenient, or they could design a variety of spaces to rent to residents based on what each individual person may prefer. In the end, it comes down to a factor of trade-offs. Would you rather feel like your apartment is a megalopolis of random roommates but have every amenity imaginable? Or would you prefer an intimate loft with shared with a tight-knit, ad-hoc family but have to go out of your way for everything?

NewsArchitecture NewsNew YorkColivingWeLiveSpace10HousingArchitecture
Cite: Kaley Overstreet. "Sharing Your Home with Strangers: What Does the Future Hold for the Co-Living Craze? " 27 Mar 2018. ArchDaily. Accessed . <https://www.archdaily.com/890685/sharing-your-home-with-strangers-what-does-the-future-hold-for-the-co-living-craze> ISSN 0719-8884
Save 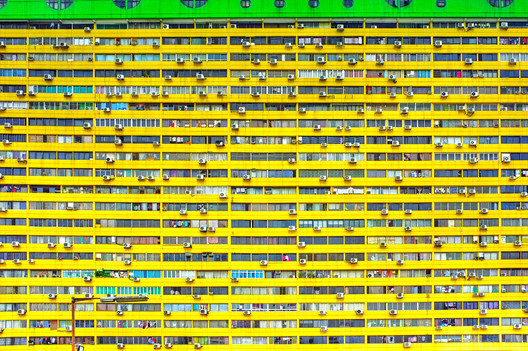