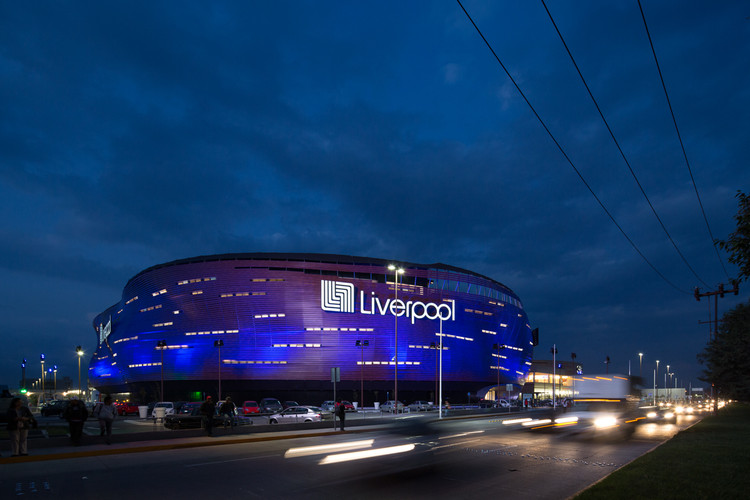 Text description provided by the architects. The departmental chain Liverpool has commissioned different architects the facades of its recently opened stores. Each store is a personal interpretation. To us, they commissioned the façade of a round store in the corner of a shopping center.

The project is in an industrial zone of large metal boxes on Paseo Tollocan, which connect Mexico City with Toluca, right at the entrance to the latter. It´s a place where the pedestrian scale doesn´t exist and the cars travel incessantly above 80 km/h. We thought that the best strategy was a very simple project that was understandable at a glance. We chose to regularize the curved shape of the volume and hide a series of steps and breaks of the building to achieve a simple and clear continuous figure.

The curvature offered the possibility of contrasting with the industry of the place. If it is angular, metallic and cold; the shop would be undulating, soft and warm. We use a resin material with wood fiber. The shape evokes a wavy basket from rotating in opposite directions the lid and the base of the cylinder, of 120 m in diameter by 25 m in height. The rotation creates a vortex whose walls in tension in the flattered parts (valleys) and relax in the furthest waves of the building (crest). We obtained a wave system, like those of the sea, which are then cut diagonally and placed on the cylinder of the building. The regular and ordered wave system would be easy to build.

The store shouldn´t have windows, so there are only two holes in the façade: the access door and a living terrace on the top floor. The door is a section of elliptical cone, a kind of aluminum cave, which gives dramatic depth to the access, at the same time that dialogues with the curvature of the façade. For the terrace, we leave a large slot devoid of tablets that releases the views of the landscape.

A curved façade has the potential to be very dynamic, and a dynamic façade would establish a dialogue with the road. To reinforce it, we leave a series of horizontal slots illuminated and stratified at different levels. Each level has a different size and rhythm. We think that this way, the slots not only evoke the lines of the road, but also the lights of cars at different speeds.

We tried to make the construction system very simple, to reduce the possibility of execution errors, and to comply with the cost limit of USD 300 per square meter. The solution was to build on curved vertical frames with two opposing spokes and develop three-dimensional adjustable connectors that would ensure the verticality of the tablets.

The lighting of changing colors that placed Liverpool produces an interesting effect when the façade is painted blue and contrasts with the white light slots. It evokes a road in rainy night. 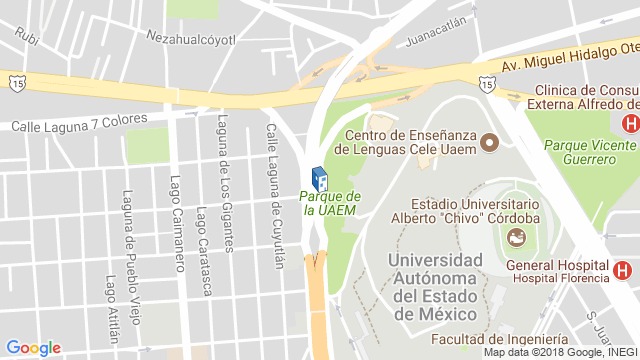 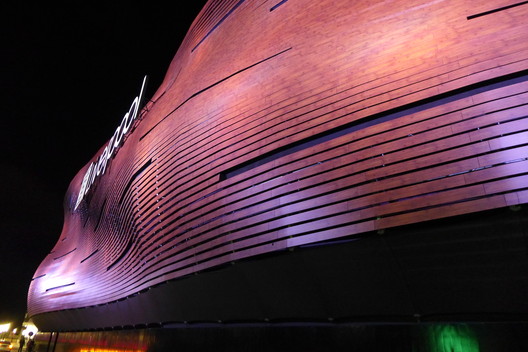 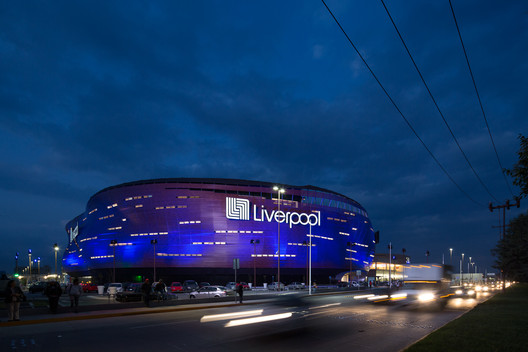