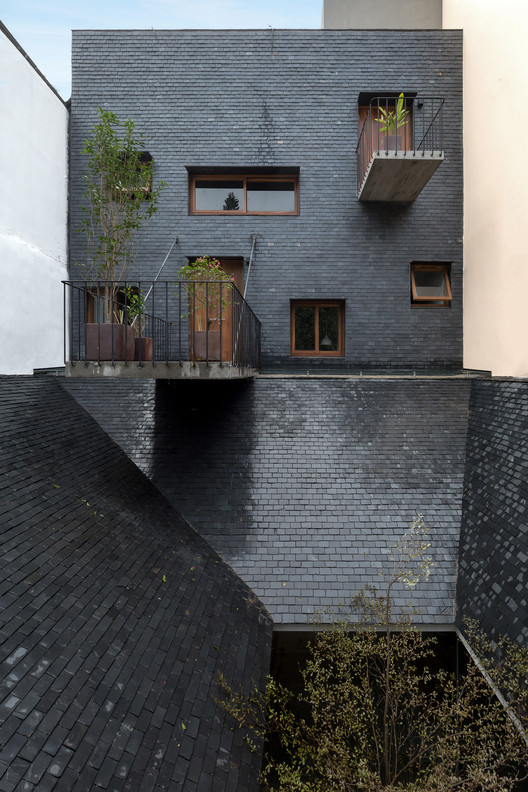 Text description provided by the architects. Hopper House brings not only cultural familiar details of traditional Northern House of Vietnam but also a big surprise in this structure itself. We felt excited when we incidentally observed the emotions of the neighbors toward the House during construction time which lasted 7 months. In the first 3 months, they passed through, glanced at the House and kept going. The next 3 months, they passed through, took a look for a moment and kept going...

The final month, they came into the House, they were inspired by the structure of Hopper House. One said: “From outside, I had a very familiar feeling just like in my hometown. Nevertheless, right after passing by the front door, I was amazed by creative variation and visualization of the very familiar structure”. The large yard and all the few-decade-year old trees of the existing house are kept unchanged which helps keep maximum privacy for the open space inside.

Patios, thresholds, inner yards, roofs, proportions are precious “components” selected from tradition to totally match with the contemporary space of the Hopper House. We did not copy those “components” for Hopper House, we used them as inputs to analyze, arrange and create the design of space and function of the House. We endeavor to best retain urban space, existing perennial trees for Hopper House in an area crowded with rental apartment buildings, complexes… 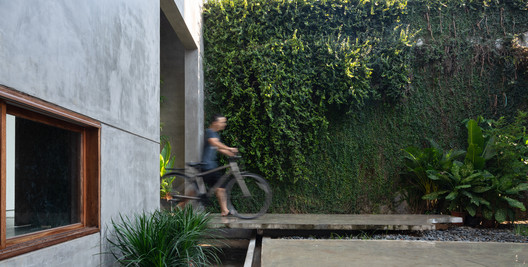