Read more
Save
B72 / Dosa Studio 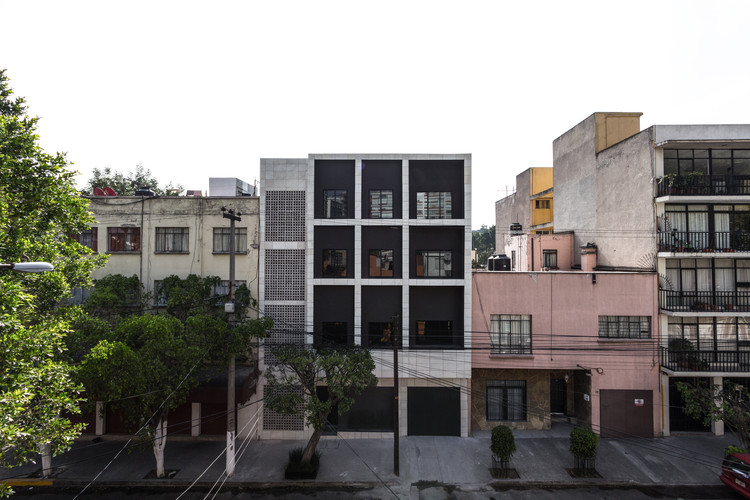 Text description provided by the architects. To the north of the Miguel Hidalgo delegation is the Verónica Anzures Colony, whose nomenclature alludes to several bays of the American continent and which traditionally was a residential area of transition between the colonies Polanco - Anzures, the industrial zone and popular colonies. Nowadays, it presents a demographic rejuvenation and intensive architectural restoration, derived from the gentrification provoked by the New Polanco and blown up by the construction of large residential buildings. It is in this context that Grupo Hola is located, a company dedicated to the administrative branch that requested the complete reform of the building to strengthen its image. Knowing the principles from which the company works was extremely important, the seriousness and trust of its work should be materialized in the concept of the proposal.

The project began by differentiating the uses of the property: access, circulations and work area, which were drawn on the facade by means of a perfectly defined grid that resulted in a new modulation. The main constraint to begin the drawing was to make the most of the current state of the building. At the street level, an integrated access was generated to separate the movement of pedestrians from the entrance of the building without losing the link between public space and project, starting from a bench-gardener that completes a set that contains pedestrian access and which also is part of a new internal configuration, since there was originally no lobby area and the project proposes a new reception space and a waiting area that allows better control of access.

In relation to the vertical circulations, were proposed materials with finishes in the floor, while in the facade a structure that differentiates the uses was proposed, an element that provides a visual finish in the interior, complemented by the play of light and shadows produced by the material during the journey. The main volume appears as a block divided into nine cubes determined by the activity that develops inside each one. With the idea of generating light and dark, the office block is extracted with the help of a steel structure that creates a double facade as a result. The first plan responds to the current state of the property, with a central volume standing out, while the proposed second plan functions as an element that aligns the facade. This gesture allowed to generate a sensation of amplitude in the building.

Because of the annual sunshine study, the double facade and vertical circulation structure regulate the optimum amount of solar incidence needed for each season of the year. The intervention was covered by white stones, with a series of cross lines from the joints, with a continuous vertical and horizontal stroke corresponding to the modulation that is fully integrated into the corporate image of Grupo Hola, attracting the attention of those who travel on the street in its several points. The remodeling of the facade of Grupo Hola can be a reference for the Veronica Anzures colony, since among its contributions, the architectural element works as an urban lamp, providing the neighborhood with greater security. The project merge with its context through the materials. 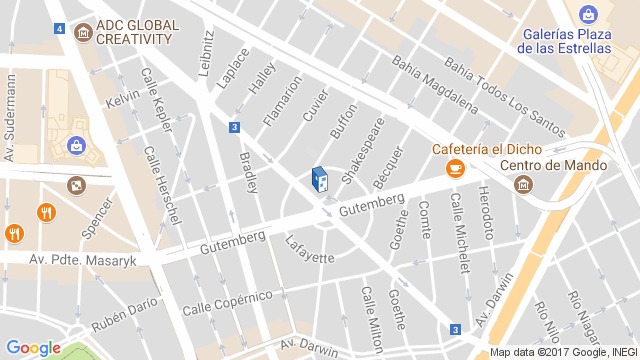 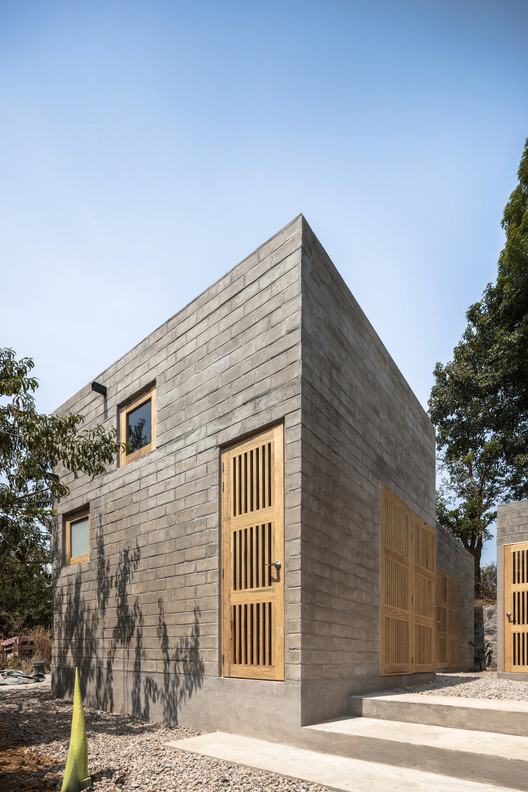