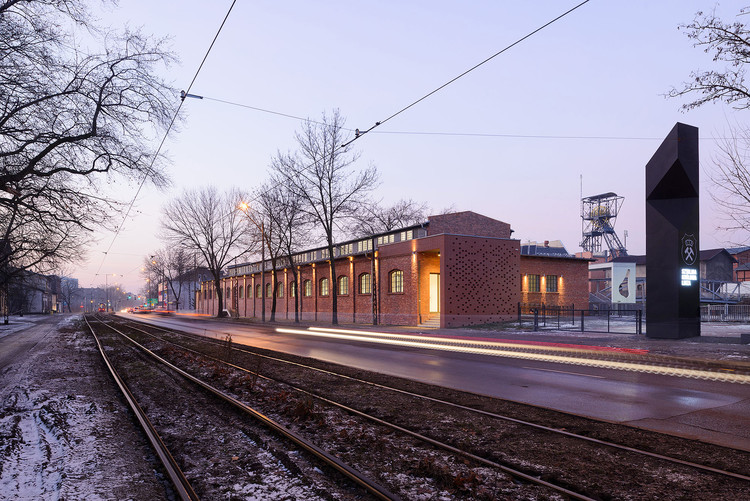 Text description provided by the architects. The "Queen Luiza" mine in Zabrze began operating in 1791 and practically throughout its entire existence, ie until 1998, it was considered one of the largest and most modern in Europe. Being a state mine, it benefited from high government subsidies, which resulted in large investments not only in the sphere of production. An example of such development was the construction of a mine bathhouse, which was erected in 1890. Łaźnia was the first such implementation in Upper Silesian mining and was the best testimony to the level of the social facility, which was far ahead of the standards of that time. A magnificent, brick building with a basilica layout, 10 m high, located just off the main street of the city, is a characteristic feature of the architecture of this part of Zabrze. The object maintained the original division of the main rooms, structural elements and part of the original equipment.

At present, the revitalized building will perform tourist functions (handling visitors' traffic), gastronomic (restaurant) and cultural functions. It was designated as the first element of the future tourist route in the Queen Luiza Mine complex. It is from the sight of the chain bath that the tourists will start exploring the complex with its attraction, ie the Main Key Heritage Herons. In addition, the interior of the building is an excellent space for organizing exhibition and cultural activities. Thanks to its adaptation to new functions, the Museum has the possibility to organize various temporary exhibitions, vernissages, concerts, theater performances and other cultural events in Łaźnia.

As part of the revitalization, the building of the former chain bath has been thoroughly renovated. The brick façades of the building were cleaned, the brick structure was strengthened, cavities were supplemented using a brick that was color-coordinated and dimensionally in accordance with conservation recommendations. The newly designed parties at the south-east annex were made of a bricks different from the material remaining in the historic part of the building. Comprehensive damp-proof insulation of walls was carried out. The windows have been replaced with aluminum with identical polygon ironwork. The outer doors were also aluminum, glazed, multi-track, instead of modern, damaged wooden and metal. The roof was renovated, new wooden parts were made where necessary. The construction of the rafter framing required renovation and partial reconstruction. After the expansion of the eastern extension, the building gained here the main entrance - through the stairs with access from Wolności street and after the ramp for disabled people available from the internal entrance and parking square. At the second, existing entrance from the side of Wolności street, new external stairs appeared on the sidewalk. The western extension was also rebuilt. The area around the building received elements of small architecture (benches, lighting).

The introduction of new museum and cultural functions required appropriate interior arrangements. There was a need to insulate the interior (except the wall in the room with showers), which resulted in the walls being built up with plaster surfaces. The main internal walls were left as brick. In the gastronomic part a mezzanine was built. Stoneware floors have been preserved or restored in a room with showers, in the entrance vestibule and partly in the gastronomic section. Cast-iron construction pillars were maintained. Suspended ceilings are used however, they reveal roof truss structures partly within the nave. The visible decking of the ceiling was preserved in part with showers. The original equipment of the bathhouse was preserved. The design of the chain locker room, the chains themselves and the containers hung on them, the water tank with the supporting structure, showers and metal elements of the benches were cleaned and old painting layers were removed from them. Damaged and missing wooden seats have been recreated.

The revitalization of the only historic bathhouse in Polish coal mining, which partly maintained the original equipment and is made available to visitors, allows to learn the social conditions prevailing at the end of the 19th century in a large, state-owned industrial plant.

The bathhouse serves as the starting point for tourist who will see the whole complex of coal mines in Zabrze. Right now it functions as a place for exhibitions, events, theater plays, concerts. In April the whole Main Key Heritage Herons should be ready for underground boat tours.

One of the most important things in this project was to fulfill all the demands as fas as thermal insulation is concerned while keeping the brick facades without any changes. The solution was to use the ytong multipor blocks as inner insulation. Painted white it helped to achieve “the white box” effect inside the building, as a contrast to brick facades and a logical proposal for exhibition space. 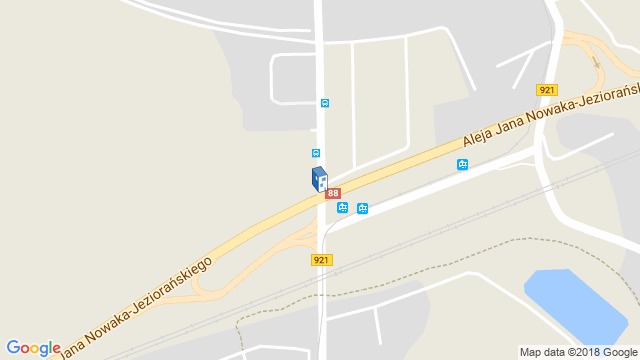