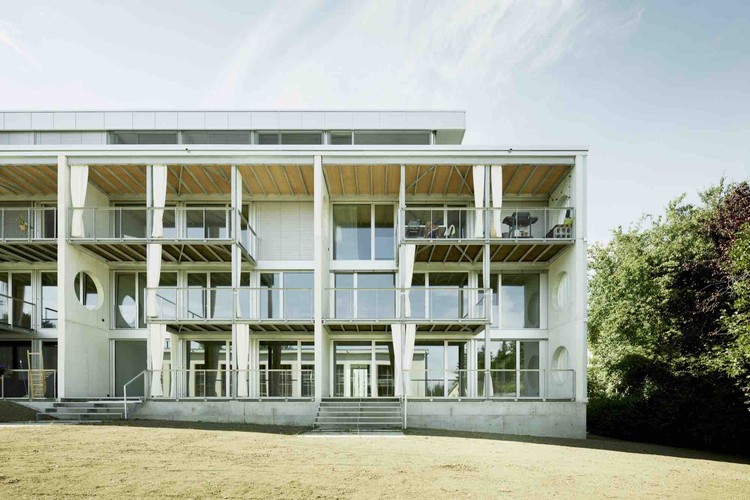 Over the last few years, the district of Neudorf has transformed from an industrial and commercial area into a purely residential quarter. The building owner is following this trend and is searching for an internal consolidation of the plot with a progressive form of housing.

The slightly sloping property borders the western side of the narrow-lined railway embankment from the 19th century. The concept works pragmatically and unpretentiously from the local context. The original use is to remain palpable through the setting, scale and spatial references. The progressive form of housing seeks the atmospheric feeling of immediacy of an industrial building.

The elongated orthogonal structure develops parallel to the southern parcel boundary. There are 14 residential units in the three-storey building as well as an attic and basement, including basement car park. The four-block plan provides access to all flats via a stairwell on the northern facade. The loft-like residential units are organized around a generous living space with open cooking, living and dining areas. All materials are left in their raw state. 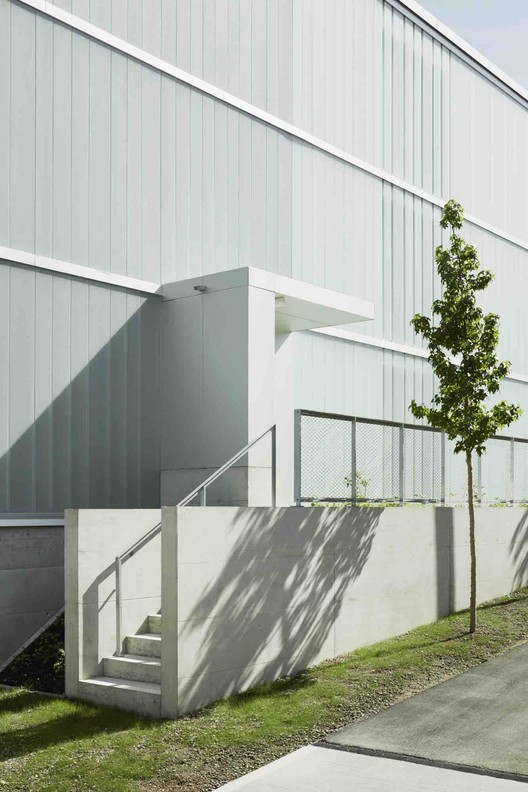