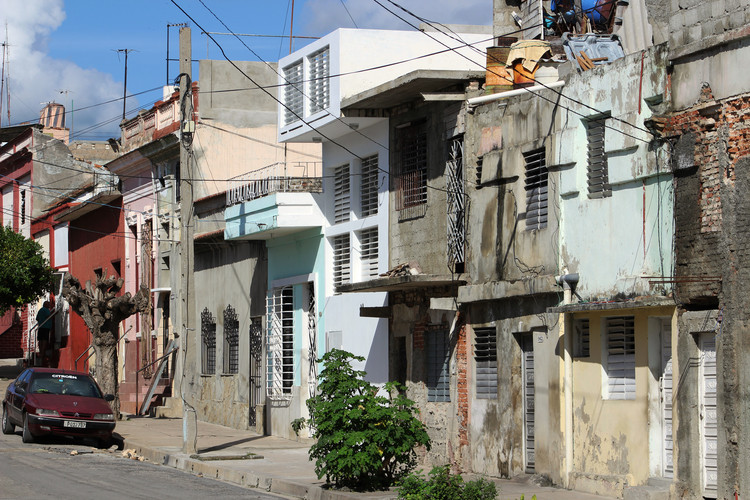 Text description provided by the architects. Building in Cuba is a complex endavour. For an architect, is an ever ascending challenge, that be by the perennial absence of materials, elevated costs or the commissioner´s reluctance to work on contemporary proposals. A cuban architect is an utopian character, whose work is not a necessity, neither aesthetic nor conceptual. Hustling in this hostile environment, Albor challenges reality guided by tis believe that from within the crisis, their architectural porposal can thrive and bloom.

Assuming the design and completion of a dwelling that fulfill every requisite, at the same time highlighting itself from the context and using nothing more than the most common and accesible of materials, is an challening feat; specially due to the aforementioned materials are often regarded as the resources for the less wealthy.
This particular commision stated from the beginning that the final value of the estate double the maount invested on purchase and execution.

Several real estate gestors were consulted to acquaintance about the main features of recently acquired houses. The investigation gave as main aspects the location the proximity of the center of the Old City, the existence of a garage, at least one bedroom and bathroom at the first level, unity of spaces, a versatile backyard, and regadless of the amount of bedrooms and their level location, each one must contain a private bathroom. the convivence of at least two families and space for a possible economic activity was also demanded.

For the achieving of these goals, a dwelling was conceived that, even as it couldn´t comply with all the initial exigences due to the characteristics of the lot (4x15mts), allowed fast and expedite remodelation without compromising the integrity of the dwelling, regardless the intentions of the supposed buyer.

Resources like a double-height access, centered-lighting that goes though three levels and a backyard that ensured enviromental control of all the spaces of the houses. At the same time, a tructure was devised that allowed a fast remodelation, reducing finishing costs and mantaining the initial objectives. Cement stuccos were used on bathrooms and kitchen, cement floors, artisan-casted alluminum external fixtures and internal fixtures made of sugar-cane cardboard. Finally, a three-level dwelling was projected and finished that comprises a first free floor (where the public spaces are ocated, a private zone for bedrooms on the second and a double-funcion third floor with a terrace (providing an outstanding view) and laundry.

Albor make use of all these elements-mainly by neccesity-because its handling and implementation has become their aesthetic signature to maintain a viable and economic architecture and style. This house is a showcase of what Albor is defined and defend. 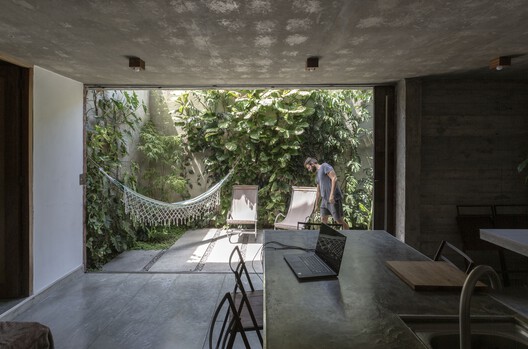