Save
Cottage in Muraste / KUU architects 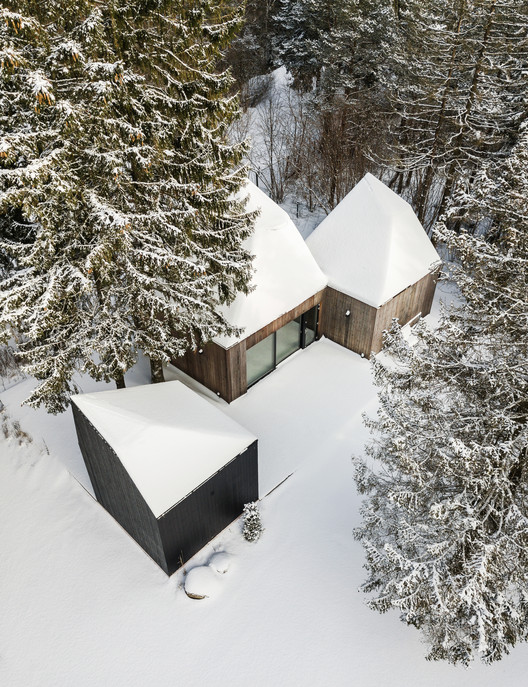 Text description provided by the architects. Estonians have historically been “forest dwellers”. Their experience in building from wood goes back to the 3rd millennium BCE when the first timber structure was built – the koda (chamber). Through traditions and customs, this dwelling unit with archaic and simple architecture laid the foundation for a complex ethos that could be called the soul of the Estonian identity.

Koda is one of the oldest Estonian words, originally meaning “place for living”, and it is linguistically very close to the words kodu (“home”) and koht (“place”). The archetypal koda in its original form is still in use, even though its basic purpose has changed. Over time, completely new types of koda have appeared: places for making music and meeting others, blacksmithing, worship; all of which shows how deep the koda’s roots are in our culture.

The concept of the cottage is based on the archetypal koda, which has been modernized in form and function. The cottage in Muraste consists three koda units – one for sauna, one for livingroom / kitchen and one for bedroom / bathroom. Latter two are side by side and directly connected. Between the main house and the sauna there is a large terrace connecting every function of the summerhouse and creating outdoor “nests” for each function. Large openings are directed to north towards the nice view of the Baltic Sea and also south to catch the sunlight. The bright interior and converging ceiling is illuminated by triangular roof windows that strive towards the sun.

The cottage is a timber frame structure finished with natural larch cladding both the walls and roof. Sauna unit is painted with tar oil.