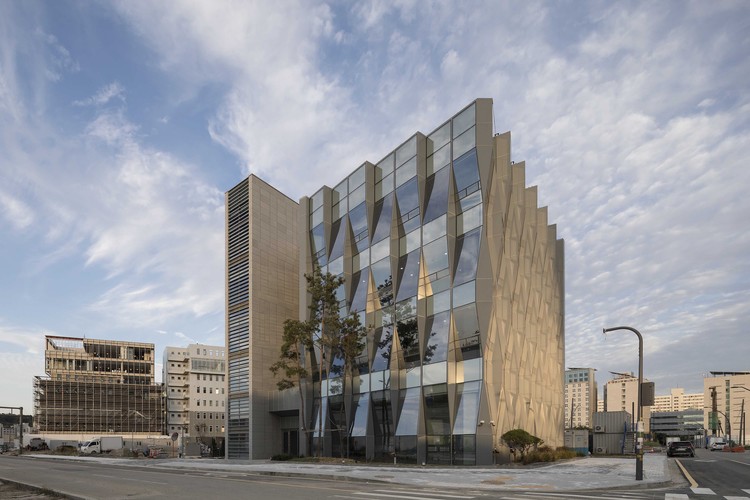 Text description provided by the architects. On April 2015, Yuhantechnos Co., Ltd. a middle-sized company providing IT solutions of logistics distribution has commissioned a new head office building project. To meet the client, when I visited the office located in an apartment-type factory in Mullae-dong, I found the typical problem of the apartment-type factory that as the width and depth of building is long and the ceiling height is low, the working environment of workers in the center of business space is becoming poor.

The site of new building is located in the north-east corner of crossroad, D17-7, Magok district, Gangseo-gu, Seoul, looking toward south and west which is disadvantageous location condition as an office. In addition, as it is close to relatively big scaled sites, it seems that the building may look small. Despite of that, the neighboring land condition that is completely empty without other buildings enables architect to imagine freely.

To design the space with dignity for the HQ. building of the growing middle-sized company, I divided the office area and service area and connected them by an atrium of the first floor and second floor and a courtyard of the third floor and fourth floor. By connecting the bridge outside of the atrium on the second floor and over the courtyard on the fourth floor, I provided the outside resting space at each floor. In addition, I made workers feel the sufficient openness in any space of office area by reducing the depth of the space and raising the height of ceiling and making the inside space facing the atrium and courtyard

To prevent the strong sunlight in the afternoon from south-west, I arranged a series of long hexagonal aluminum sheets toward south-west corner correctly and connected the other series of glasses among them, and the glass part of the west façade faces north-west and that of the south façade faces south-east. As a result, looking at the building from south-west corner, the building becomes origami shape that west façade and south façade are correctly symmetric.

The image created by the appearance of the building is changing according to the view, time and climate condition. The building appearance with looking-folded origami shape produces very changeable image according to the position of viewer. In addition, aluminum sheet and glasses encounter the harmony of sun and sky which doubles the change. As a result, the shape of stationary building produces new images continuously according to the situation.

The contemporary society enabled interactive communication that anyone can produce and consume images easily through online media. The images produced through this process are reproduced, consumed and amplified continuously which finally create the meaning and value beyond the text. If the output of architectural work basically producing the physical object can produce different images according to environment and situation, the anonymous individual who consumes these images can secure different open sources for reproduction. And then we can expect the phenomena that images can be amplified through the process of consumption and reproduction on the medium and generate different meaning and value.

Eventually, images in contemporary architecture, especially the images created by the façade are open sources that anonymous publics can make interactive communication, which can function as public goods. Thus, the building becomes to secure the identity from the public and the public can enjoy the building as consumer and producer of the image. 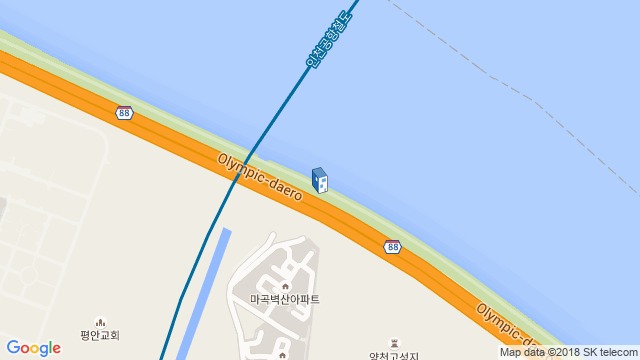 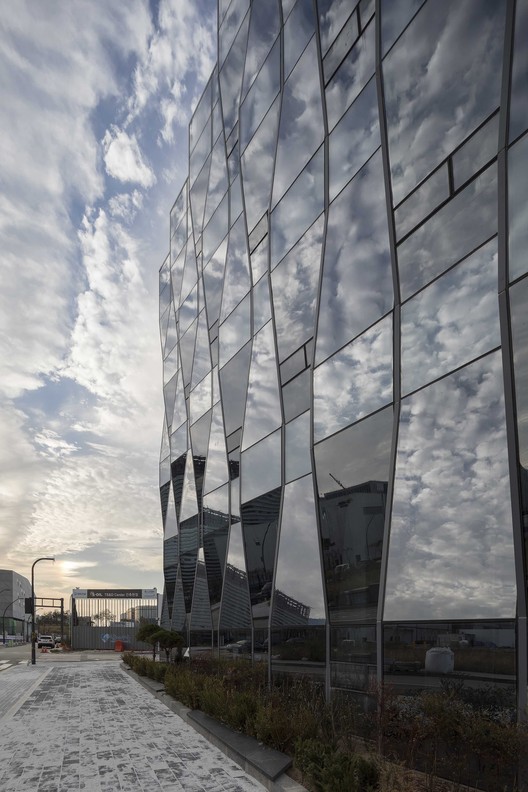 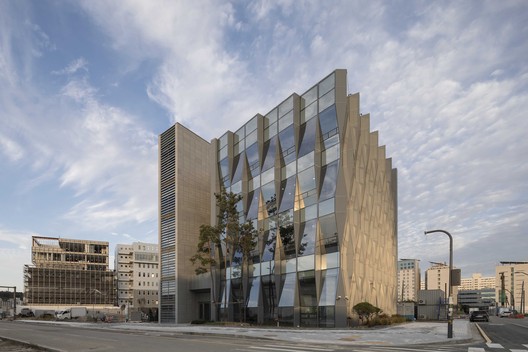