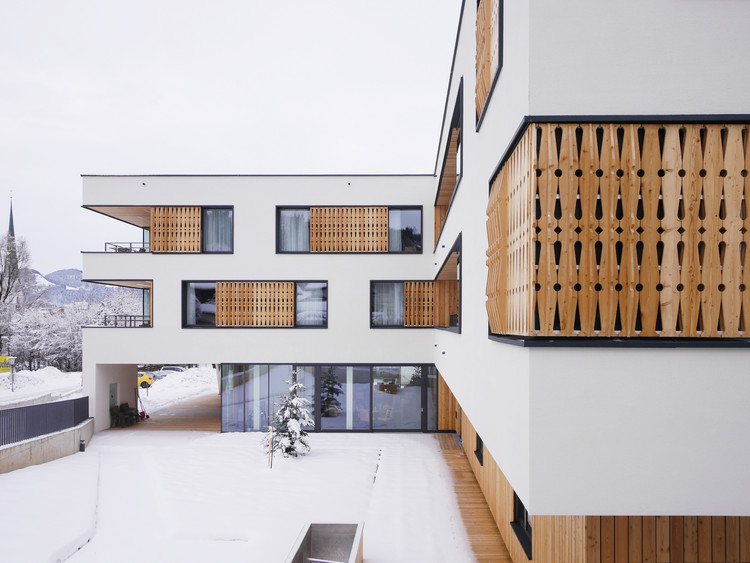 "A society will ultimately be judged by how it treats its elders" (Albert Einstein)
In 2014, the three Tyrolean municipalities Ellmau, Scheffau and Söll decided to pull together to make a reality of their new retirement and nursing home. Therefore they organized an architectural competition. As it happened, the winning proposal came from a German team of architects.

A suitable site was found in Scheffau, which is the geographical center of the three municipalities. The new building is situated at the foothills of the "Wilder Kaiser" Mountain Range, directly adjacent to a former residential and care home that no longer corresponds to the required standards.
The completion and opening of the new Nursing Home was in December 2017.

The building consists of two compact volumes interlocking at the central section where they form an atrium. Three different outside spaces are created by the positioning on the plot: a public garden, a separate dementia garden and a playground for children.

On the one hand the differentiated formation of the structure enables communication and the encounter between the residents and the community. On the other hand the interior and exterior spaces offer enough possibilities for private withdrawal and contemplation. Integration, Community and individual lifestyle do not exclude each other.

The new Nursing Home has a simple and clear appearance. The main entrance of the building is marked by a crystalline Y-support made of prefab concrete.
The public areas are located on ground floor level. Café-Lounge, Event Hall and Chapel adjoin to the Main Entrance. In the rear area of the ground floor there are the administrative offices, service rooms and a production kitchen.

The central and green atrium brings zenithal skylight inside the building. Furthermore, it enables a visual communication accross floors, between the dining areas and communal areas of the different care units. These Units are spread over the two upper levels with a total of 54 apartments. The apartments are equipped properly and designed in a modern way. Bathrooms have transom light strips. There are niches offering seating benches at the entrances to the apartments. Little community spaces are situated all over a care group with cantelivering, roofed terraces and balconies, orientated to the Mountain Range and the picturesque Village Centre of Scheffau.

The bigger eating areas serve as "Cantous", convival meeting points for the residents.
Inside the new nursing home the warm material wood becomes an companion. In the entire building colorcoordinated surfaces provide an orientation for residents and guests.

Wooden formwork made of untreated larch emphasizes the facade of the ground floor and the recessed balconies. The rest of the outer surface is covered by a broom finished plaster.

Wooden inlays of profiled larch boards accentuate the windows. They are a familiar reference to local handcrafted traditions. But the traditional system of cut outs and palings is translated contextually and used as screen providing privacy, protecting from the sun and painting subtle shadows on the facade.
Tradition and modernity thus meet and form a harmonious whole. 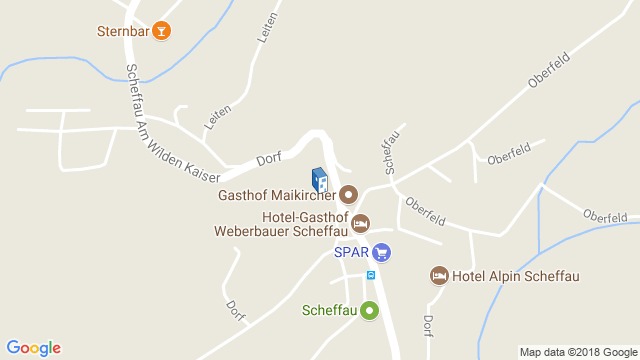 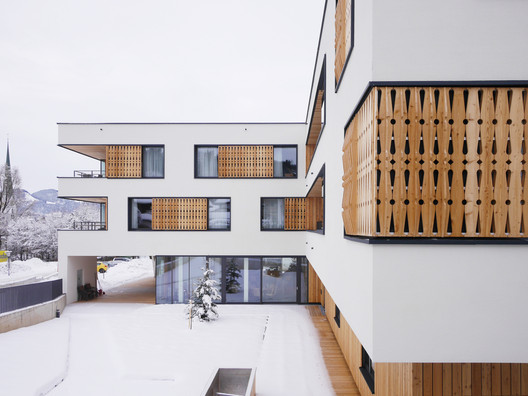