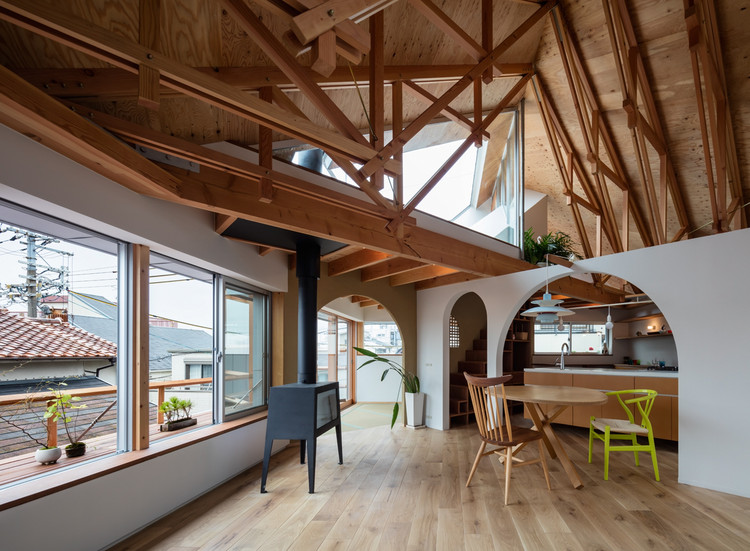 Text description provided by the architects. The site lying in the middle of the landscape where houses are layered towards Mt. Rokko. While sunny and irregular houses are lined up, there are many homes that open on the south side (sea side), and there is some kind of homogeneity. In building a house in this place, the inner wall was first set at an angle to the light on the south side (sea side), and the axis of the wall was inclined at 45 degrees on the plane. The outer wall was an elongated rectangle in the east and west to the east and west, and the wall extending 45 degrees was enclosed once with a frontage of 5.8 meters and a depth of 13 meters. As a result, the depth of 5.8 meters from the south opening is obliquely about 8.2 meters, so the light gradation appears more clearly. Also, due to the wall tilted at 45 degrees, the light crosses due to the difference in the depth of the space of the light that changes from the east to the west and the material changes, it melts and feels the dimensions of the light over the multidimensional. Moreover, it gives plans migratability, and it generates experiential depth to every direction.

In order to make the two distances architectural from the use as a studio doubling as an atelier, we established an alley as a semi-public space inside. The alley that connects with the city connects with the atelier on the first floor and it becomes a space with high privacy as proceeding to the back of the second floor. In the alley, green is planted, windows open from each room, it connects three-dimensionally, and the distance between the residence and the atelier enables both the physical distance and the sensible distance by the alley.

The structure covered the building with the basic structure of the outer wall and the roof which encloses the wall at the axis of 45 degrees on the plane. In order to fly a 8.2 meters span at once in a wooden structure, we constructed a truss structure for the beam of the large roof, aimed at a lightness that matched the scale of the inner life by making it a truss structure.

The finishing material was basically based on exposing studs and braces that do not need it as they are. For example, the alley side inside the building has a finished wall as the outer wall, the studio side does not finish, the outer wall surrounding the 45 degree wall is finished with white paint. Using the material that can be seen as much as possible in every part of the house, such as the wall of the wall of the tile of the landlord's home, the wall of the plank of the apple from which the name of the child originated, and the flooring of the cypress of Mt. Rokko locale I aimed for living with many people involved in my life. 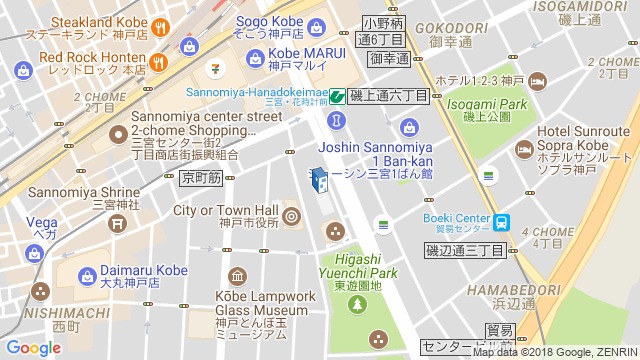 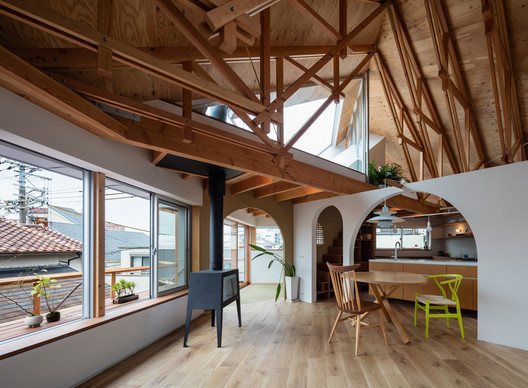