Text description provided by the architects. Studio PROTOTYPE completed an office pavilion located in the garden of a villa. The villa was built in the thirties out of the characteristic red bricks of that time and is situated in a park-like environment at the Rondeweg in Vught.

As a concept, the contextual character of the park has been continued within the plot of the villa. As part of the interior park, two pavilions were added, that elegantly communicate with the existing house. Although the pavilions have their own identity and materiality, they together form a unity within the overall concept. It is the first of the two pavilions that have now been completed.

The main structure of the office pavilion consists of a facility block which is strategically positioned within a free space. The block functions as a servant space and contains facilities like a cupboard bed, pantry, toilet and fireplace. The hipped roof, cladded with copper sheets, has been hollowed from the inside at several places. As a result, an interior roofscape is created that enhances the specific spatial qualities of every space.

Iroko wooden window frames were used for the all-glass facade, which results in a strong inside-outside relation between the interior and the surrounding garden. The Iroko window frames and all Iroko wooden finishing of the interior together create warm and welcoming spaces and a clear layout for the office pavilion. 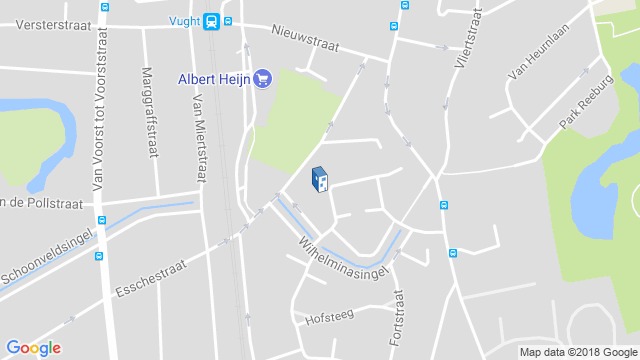 Location to be used only as a reference. It could indicate city/country but not exact address.
Share
Or
Copy
About this office
studio PROTOTYPE
Office
••• 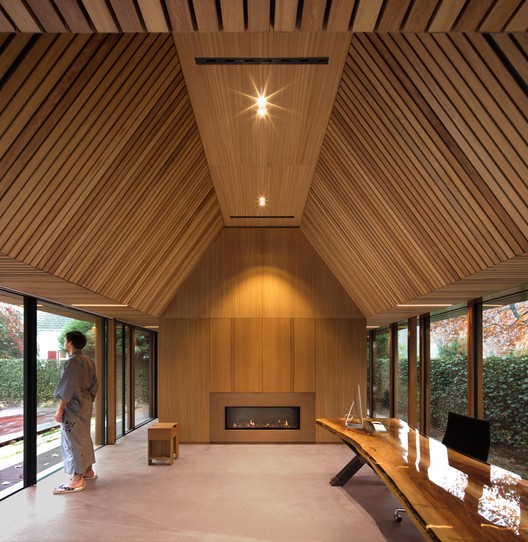