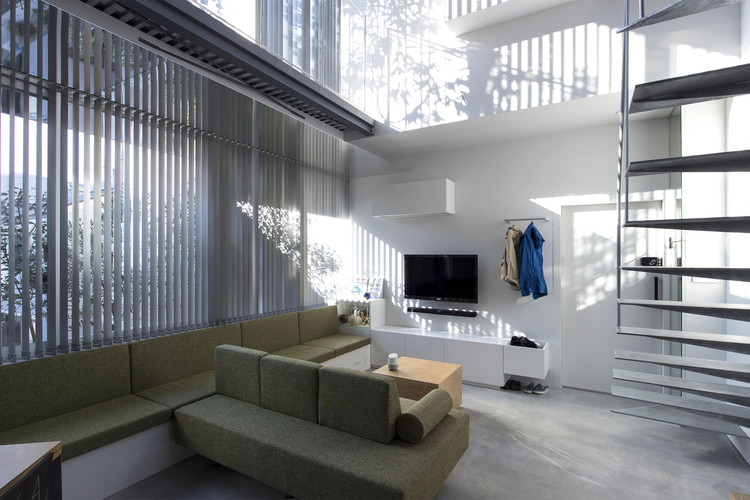 Text description provided by the architects. This is a small house in a residential area in Bunkyo-ku Tokyo. We set large windows on the open south side and set a green screen as the south facade by making planter boxes on each floor. The ceiling at the window is mirror finished, it functions as a device that green captures inside the room. The eaves were deeply attached to each floor, the void was divided by the planters. Keeping an appropriate distance with neighbours, we just imagined a meditation space that can live together with GREEN plants in small streets. We thought here is not 'modest living' of 'small dwell' but a 'BIG LIFE' of 'SMALL DWELL'.

In addition, we actively worked on converting housing equipment to IoT. By combining the voice devices such as Google Home, Amazon Echo, hubs and smart devices, the client is able to start PS4 with voice, the gas heater automatically starts at 6 o'clock in the morning of 10 degrees Celsius. These smart devices were adopted from crowdfunding products that can control existing home appliances and furniture in voice device. We presented to the client all controls of infrared, Wi-Fi and Bluetooth on the cloud, such as remote controller, opening and closing curtain, bot pressing analogue switches.

A space that has both "rough" and "fine" controlled. The blinds are automatically opened and closed with the sun, air-conditioned are finely controlled at the right temperature. Outdoor plants keep a proper distance from the thickly housed area. We combined with plants and IoT to make the buildings themselves like a living tree. and we thought we could make a soft protected space like the "OVULE" of the pistil. 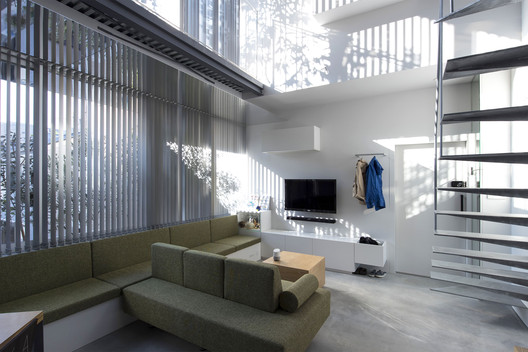