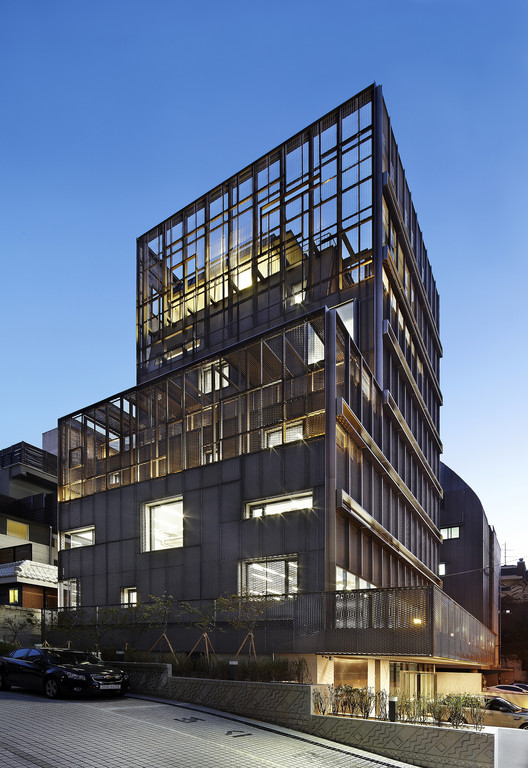 Site and Streetscape: The building is located in the backstreet of the cheongdam intersection, where luxury brand shops and opulent apartments and houses boast their unique form. It is surrounded by the Hyundai and Gusan Apartment complex and other commercial facilities that are more than ten stories high.

Structure and Expansion of the Interior Space: Abiding by the condition that the mass had to decrease as it reached its higher levels, the structure was planned by placing four of the long span PT beams in the same location on all floors. The remaining structure is organised with a cantilever structure, which led to the expansion of the interior space without any independent columns.

Architectural Regulations and the Double Skin: The site has a precondition by which the Hyundai and Gusan Apartment complex had to be adjacent due to the difference in the level of 3.5m from the 6m front road to the back. The main issue was securing privacy between the office and residential space. Due to the setback regulations, the mass had to have an inclined plane or a volume that does not bend more than two levels. In order to have an efficient ground floor, an exterior terrace was created for five of the floors, excluding the ground floor, and covers the entire volume with a skin (transparent material) to create a double level form exterior volume.

The open ratio of the double skin was increased for the exposed part to meet the setback regulation and was able to achieve some freedom in composing the form within the regulation. The terraces connected to the interior space were placed to view the varied scenery of the Yeoungdongdaegyo Bridge, the Jamsil Olympic Stadium, and the Hangang River, according to the character of each floor. 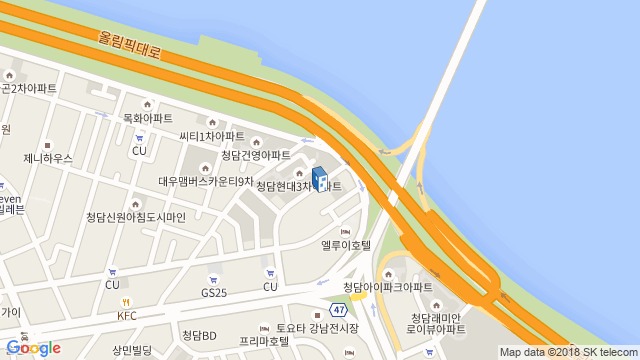