Save
The Rainbow Bridge / SPF: architects 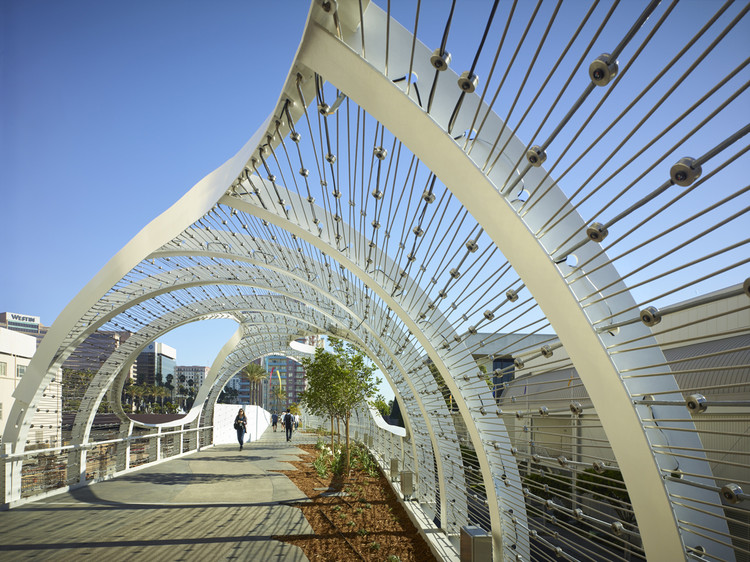 The initial solution proposed by SPF:a was to build an elevated sidewalk between the two centres, but following an overwhelming response to the RFQ issued by the city, SPF:a chose to pursue a complete public amenity. The finished project is a spectacular 600-foot pedestrian bridge consisting of 76 custom-welded bent-steel ribs framing the top, and approximately 1,200 cubic yards of poured-in-place concrete shaping the base. The bridge canopy features 3,500 colour-changing LED node lights, 100 downlights, and 70 floodlights, all of which can be programmed and synched to music to create different effects.

SPF:a worked closely with Carl Stahl Architektur to create the custom, three-piece, stainless steel node clip that allows for the bridge’s LED wiring to attach to the canopy. The unique design also allows for ease of installation and replacement flexibility. Power and drainage for the walkway plantings have been hidden within the concrete spine of the bridge. The overall design is heavily influenced by its beach surroundings (the bridge was, in fact, first dubbed “Riptide”). Structural elements such as the hull-like formation have been married with the elegance and uniformity found in waves, while the LEDs were affixed to cables to convey a net-like feeling or the rigging of a ship. 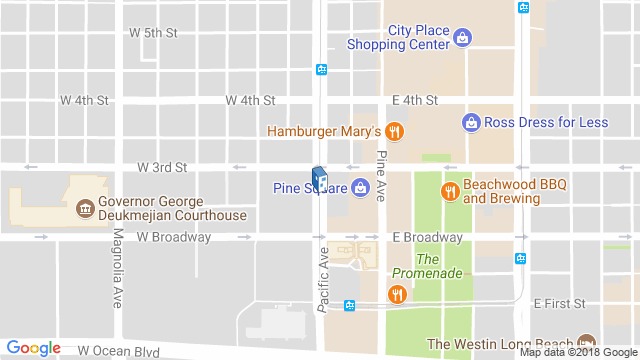 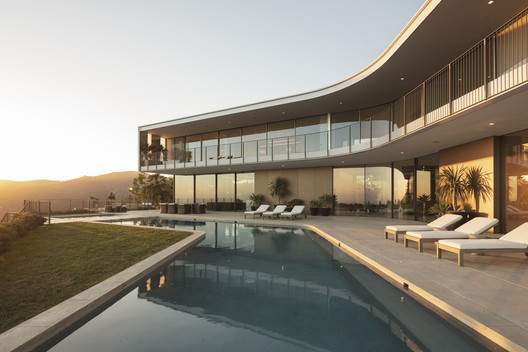