Text description provided by the architects. We wanted Paris’ biggest wooden amenity to be a real public place. Playing with its volumes allows to limit its emergence and to keep it quite narrow, making it almost an inhabited hedge. Only the vertical gesture creating the hall’s « cathedral » hosting the climbing wall reveals its intense activity to the passers-by. This set-up allows a vast internal space, opened towards the Bois de Boulogne and continuous between two public gardens. It asserts itself on the boulevard and takes into account the existing pedestrian paths, welcoming everyone as a public place would.

The internal organization of the gymnasium is designed so that the progression towards activity spaces are the most spontaneous and so that every activity can take place without interfering with the others, all of this in beautiful conditions of natural light. All the internal circulations overlook on to activity spaces. This progress is structured around the «cathedral» of the hall overlooking on to the climbing wall which marks the entrance of the gymnasium. Having the sports hall and the climbing space semi- buried allows an important height while at the same time letting in a generous amount of natural light.

We wanted sport activities to express themselves among the urban fabric. Indeed sport often takes place in inclosed spaces when it should be transmitting it’s joy and energy to the outside world. 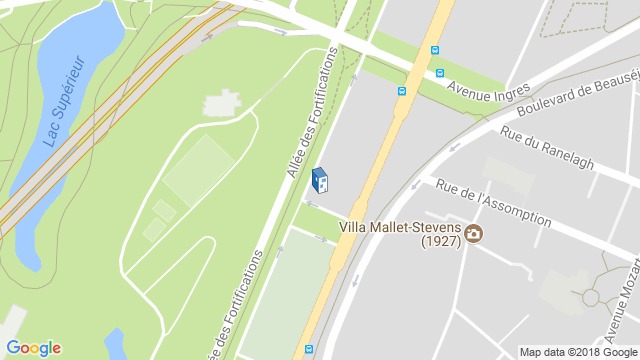 Location to be used only as a reference. It could indicate city/country but not exact address.
Share
Or
Copy
About this office
KOZ architectes
Office
•••