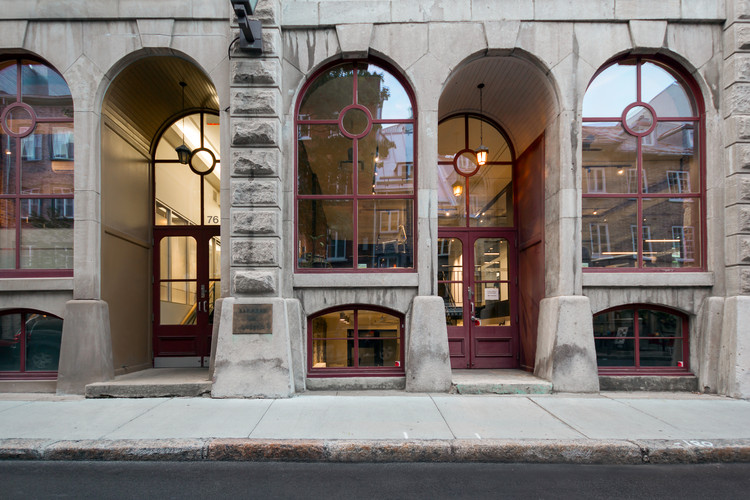 Text description provided by the architects. Polycor, manufacturer and supplier of the stone material, wanted to redesign the head office’s layout in the Old-Port of Quebec city. The 120 years old building, was both full of discovering and surprises. The building had to be thought and integrated into the design and sometimes floors and walls were uneven and had to be refurbished. We wanted to keep a maximum of the existing elements in order to have texture and grasp a sharp contrast between new and old materials.

The use of stone, a requirement for this project, could be enhanced by the natural light and the opening of the space. The diversity and versatility of Polycor stone have been highlighted in several spaces in the projects to show the best use that can be done of the products.

Before its renovation, the offices were dark and all divided. The walls have been removed to open the space and let the natural light enter in the working area. Glass boxes have been placed at the centre of the space and large slabs of stone create intimate space. The office’s atmosphere is elegant and warm. In the basement, some playful spaces were developed in the recreational spaces. The signature space of the project is the kitchen with its opened ceiling that brings light in the basement and that creates a visual link between the two storeys and the street. 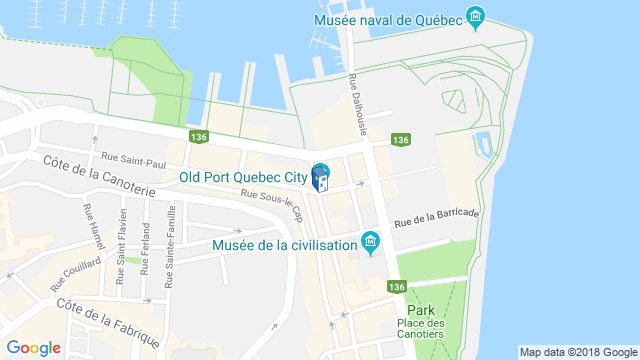