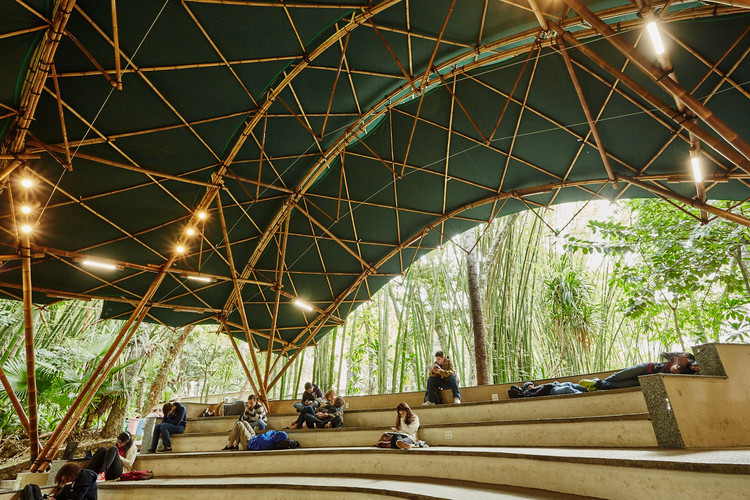 Text description provided by the architects. The Bamboo Amphitheater Space Structure is a mobile free-form roof spanning 17 x 12 meters, in a total of 200m² of covered area. The Amphitheater is located on the banks of the Rainha River on an inclined site in the tropical climate, built in the green campus of the Pontifical Catholic University of Rio de Janeiro, Brazil. The bamboo structure was designed on the foundation previously designed by the architect Carlos Pingarrilho. The structural design was developed through a form-finding method, using physical scale models and computer models in interaction.

The roof applies a textile hybrid bamboo structure formed by self-stressed active bending beams and tensile pantographic grids, resulting in double curved surfaces, avoiding buckling of the structural members. Self-stressed active bending beams and pantographic grids were subjected to external loads up to an elastic limit of strain in the beams, generating a load-bearing structure. The structure was erected by supporting bipod pylons and presents a self-supporting behaviour. Six touch-down pylons and reinforced concrete anchors fix the structure on the ground, preserving it from the direct contact of the soil moisture.

Gridshell modules were disposed of discontinuously in overlapping steps 0.5m apart, allowing air circulation and natural lighting. The modular space frames apply resistant and naturally acoustic forms. Concave surfaces maintain and distribute the sound in the ambient. The roof employs pre-stressed acrylic membranes, protecting from the sun and rain. The design was inspired by the forms of nature. Textile flexible connections were developed, allowing the mobility and the deployability of the pieces. Deployable structural modules present kinetic properties as seen in the body of vertebrate animals. Flexible joints design applying polyester ropes and biocomposites allowed low mechanical stresses in the structural members, free of torsion stresses.

The structure was assembled in 25 working days, using creative techniques and an engineering design with low environmental impact. Mobile prefabricated modules, pantographic grids, textile membranes and a mobile lifting device were developed. The assembly procedure doesn’t need cranes and heavy equipment. The built structure is also fully reversible. The structure presents a proper weigh of 1.4 tons, i.e. 7 kgf/m² and consists in a bio-based ultra-lightweight structural system. Its lightness and strength are only comparable to modern composite structures of advanced polymers. Since it was inaugurated in 2014, the Bamboo Amphitheater Space Structure hosts events, shows and lectures. The Amphitheater is used by students and the university staff for leisure, rest and reading. The project received the financial support from the Fundação Carlos Chagas Filho de Amparo à Pesquisa do Estado do Rio de Janeiro, FAPERJ. 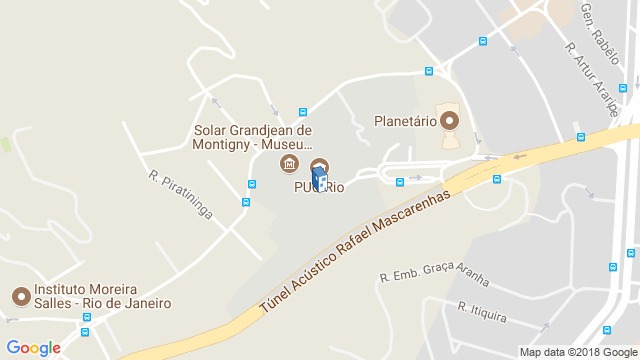 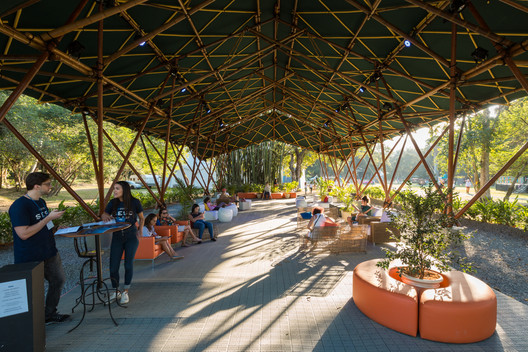 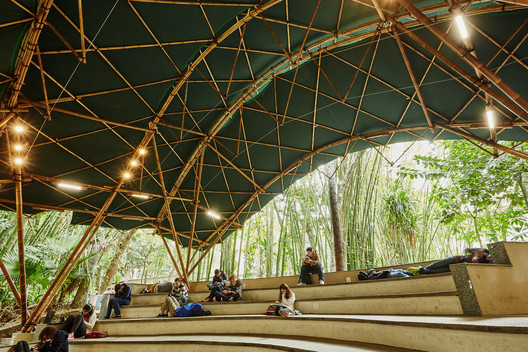