The Madison Square Garden Company, the eponymous group behind New York City’s iconic concert and events venue, has revealed plans to building two new arenas on opposite sides of the world that will both be shaped like giant spheres.

To be branded as MSG Spheres, the venues will be located in Las Vegas and in London, and will be designed by Populous, the Kansas City-based firm responsible for a large number of stadia and arenas across the globe. 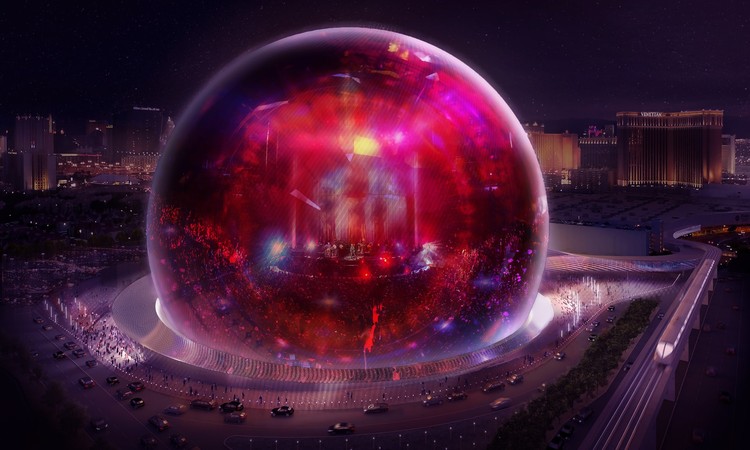 According to a press release, the MSG Spheres will feature “ an iconic design, and will be equipped with game-changing technologies that push the limits of connectivity, acoustics, video, and content distribution.”

Early conceptual visuals of the Las Vegas venue were released with the news, showing the interior and exterior of the building. Located just off the Strip behind the Venetian hotel and casino, the arena will contain 18,000 seats and a 5,000-person standing area for a total capacity of 23,000.

The London Sphere will be located on a site near the Olympic Park in Stratford. Further details of the building will be released later this year.

“London is one of the world’s greatest cities, and we are delighted to be taking this first step towards making it the location for MSG’s first international venue,” commented MSG’s Executive Chairman and CEO, James L. Dolan.

“We believe that a large-scale, next-generation venue will not only become a premier destination, but also drive growth in London’s overall music and entertainment market – benefiting artists and fans, and serving as a long-term investment in the future of this incredible city.”