Save
The way through the Forest / VAUMM 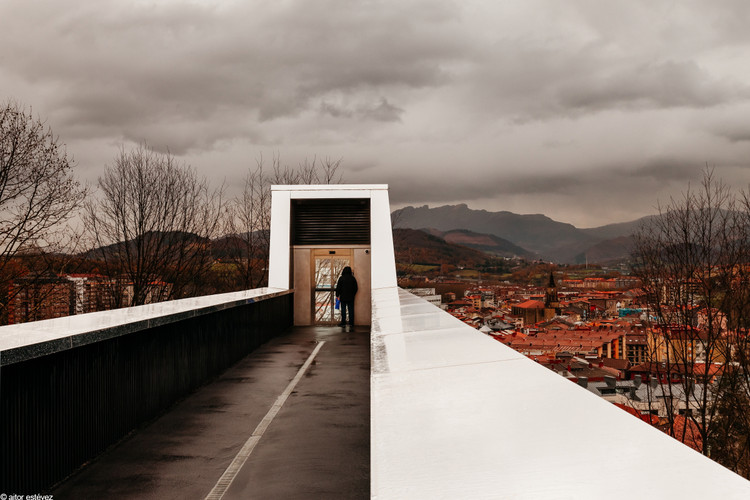 Text description provided by the architects. There are projects that overlap different scales, despite at first sight seem inconjugable; scales that impact the city but that fasten its architecture in constructive matter.

City is urban form, urban mesh, public and private, even the population who inhabits the city. The aging of the population is an undeniable reality indeed. In our society, 9 million people are over 65 years old. In 2050, its growth could make reach 15 million, that is, 1 out of 3 citizens could be over 65 years old. Impacts and effects on health, economy or sociology.. are more than evident, but, how will be the impact on our cities?

Alaberga quartier in Errenteria, Gipuzkoa, was built in the 60s, in full industrial development, to accommodate a large number of people the fastest way possible. The pitched topography divided the settlement into two different areas: one in the lower level organized around the church, with linear blocks that generate blocks and streets; and another area with disseminated buildings that climb the hillsides, leaving the steepest areas empty. Nowadays Errenteria has extended to the highest point, surrounding that empty space as an urban green area that divides the township, with a difference of level of more than 40 meters between them.

A split town, which can be reconnected for the pedestrians through two urban lifts, which are linking all important levels, intermediate roads, accesses to the Church or close residences. As well as that of a new path that lets get in a block of 6 portals and 42 flats at the same level of the doorway, without having to climb a narrow and 10-meter stairs to the doorway. This intervention can only be explained from the urban point of view, as a direct solution to the obsolescent city scheme that was designed in the past for another profile of inhabitant. Nowadays it becomes unacceptable for a large majority of citizens.

On the other hand the proposal must be specified and respond to the place where it is located. The project puts the focus and intensity on controlling the perception of these two infrastructures that cross the hillside. That residual space, given to nature due to its extreme conditions for building, is an urban physical barrier but also a green lung of great value that must be preserved. An extensive deciduous forest whose appearance radically changes from summer to winter, creating different perceptions of a new place.

The faceted planes of both structures and their mirror polished aluminum cladding, claims a direct relationship with that changing environment. To play with fun with the mechanisms that govern the perception of the spectator supposes for the architects the possibility of organizing a new world of surprises or imbalances that challenges the security of the previous knowledge of the world. In the end, perception is nothing but the way in which our brain interprets the different stimuli it receives through the senses, to form an aware impression of the reality of the context through which we move. The reflections and overlays of roofs, clouds, branches and leaves become the material itself of towers and footbridges. Somehow the landscape seems to flow, taking possession of the built volume, blurring its boundaries, varying its mass. We don´t know for sure la if the landscape has reabsorbed the architecture, or on the contrary, it´s the constructed architecture which has appropriated the nature. 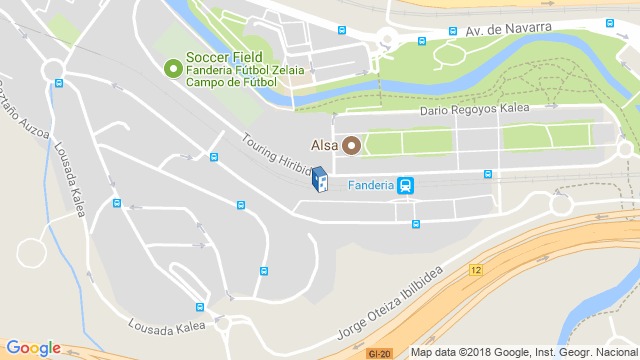 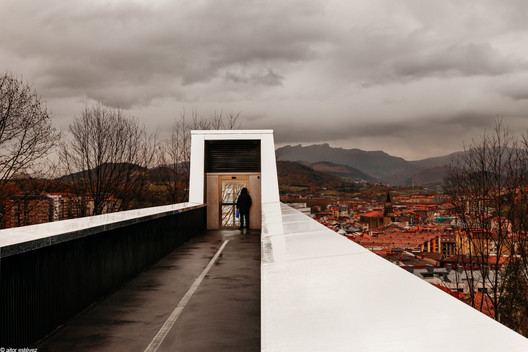