Save
The House with Plants / KamakuraStudio 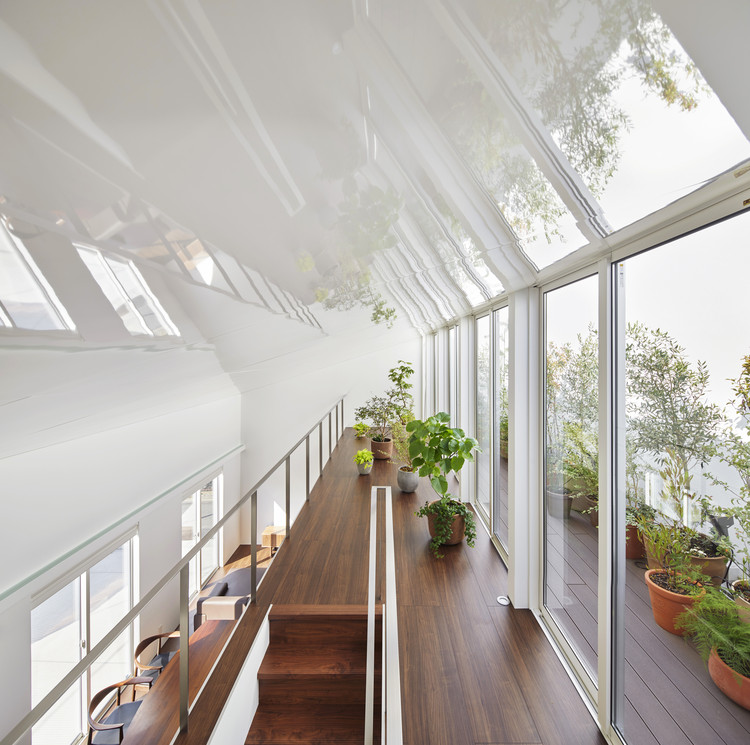 Text description provided by the architects. The house before rebuilding had stayed in the shadow because the location that had been surrounded by many buildings had been bad.

That's why the room hadn't got much sunlight, and the potted plants that had been outside had been losing their energy in the dimly-lit place.

So we started designing the best places for plants with the owner who loves plants.

First of all, we set up the garden on the second floor of the north side which has been the best place of getting a lot of sun and hasn't backlit. And then we put some plants in it.

Secondly, we tilted the ceiling that we coated the surface of with reflective material.

By doing so, we have projected the shape of  the plants that can not be seen from the first floor as a virtual image on the ceiling.

On the second floor, there has been the space that is full of greenery and it's as if  we were absorbed in looking into a kaleidoscope of plants.

We expect that the space which the plants and architecture create has people who adapt to diverse changes like day-to-day moment by moment feel pleasure.