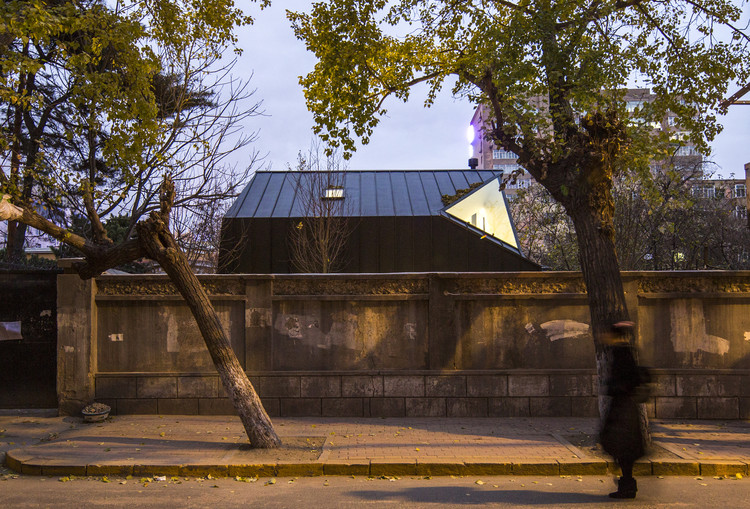 Text description provided by the architects. The project is nominated to the nonprofit program “Dream of Decoration”, which is located at 5th Liaoyang Street in Harbin, the heart of the entire city. As a small bungalow at the entrance of the courtyard, the renovated bungalow is located in a large Russian style compound, which is composed of national protected buildings of eclecticism.

The bungalow was originally a room for security-guard with a floor area of 28.77 square meters only. For some historical reasons, it was changed to ordinary residence, with property rights, and being continuously expanded exteriorly for a family of three.

The biggest challenge of the entire project is to resolve the current problem to satisfy the family's needs, while still maintains a dialogue with surrounding historic neighborhood. It is neither a simple way to replicate traditional Russian style eclectic architecture, nor to escape the environmental constraints, and it is to be sure to strike a balance between the two.

The new building foundation is dug below 2 meters, so as to effectively avoid the damage caused by frost expansion on the frozen soil layer. The new house is designed as a very wrapped mass, an extra 15cm insulation is added to the foundation, the wall and the roof, which fundamentally solves the problem of stability and cold. In the face of construction in the high latitudes warmth retention property, the sun is one of the most important factors.

Due to the fact that the orientation of the land plot not facing south and north, and is blocked by the surrounding high-rise buildings, it cannot get a good angle of sunlight. Therefore, the design of the new building cuts a triangular opening in the direction of the south, which can guarantee that the whole house has at least three hours of sunshine in the winter, thus to improve the residential comfort of the whole house.

Southern gables adopted traditional Shou-Sugi-Ban, and northern gable wall adopted Nippon composited board with better thermal insulation and heat preservation. The main body of the building including roof and wall is continually covered by titanium zinc plate, which can effectively avoid the snow cover in roof and reduce the maintenance cost of the owner in the future.

By utilizing height on the south side, loft area is designed to enlarge the usage ratio of indoor space. South-facing triangular windows bring light and warmth to the entire living room. The triangular openings of different sizes of the south facade create a rich lighting environment for the interior, as well as a variety of outdoor scenes for the indoor space.

The linear window in the eastern side opens from the roof to the facade, providing ample light for daily living. The entire wall of the building is designed as a concealed cabinet, which provides large storage areas, as well as functioning the indoor insulation for the building.

To satisfy the demands of outdoor activities, the courtyard is accordingly divided into a variety of planting space, from vegetable plot space, shrubs area to recreation space.  Courtyard landscape is the spatial continuation of architectural geometry.

The new building eventually returns to the original height and planned area, which become the new constituent element in the compound. It is neither the ancillary of the Russian mansion nor the forsaken entity as the former bungalow. It has been re-erected in a new and determined position in the historic district. 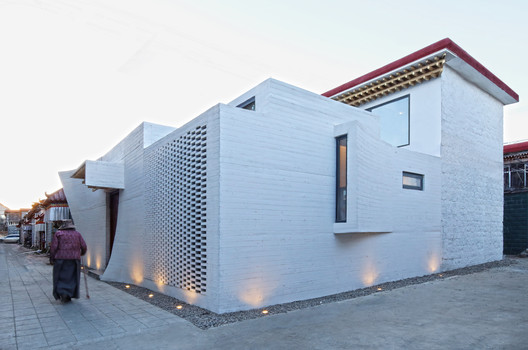 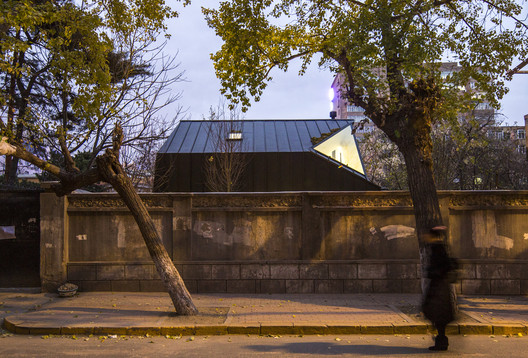