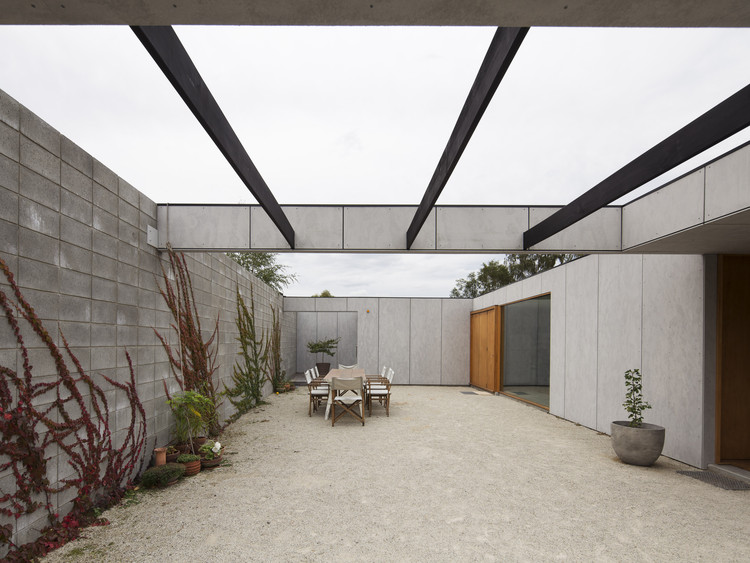 Text description provided by the architects. It has been previously noted that Hobart is a small city in a large landscape. The beauteous mountainous isle is justly renowned. But the southernmost capital city in Australia is beset by the perennial problem of an expanding edge. The Lighthouse is a carefully considered consolidation project which demonstrates the potential for bespoke building which offer an urban alternative to unchecked suburban haemorrhage.

Our client came to the office with a proposal to deliberately downsize. Selling a large family house to finance construction, they wanted a smaller home. A large lot owned by the family was identified as a suitable site. In an older area, with a convivial community and suitable services, the site was walkable. An existing house on the property was to remain. The site was indeed constrained, with reactive soils and surrounded by overlooking neighbours on all sides.

All these things led logically to the adoption of a courtyard. A perimeter strategy defines a rectangle within which the house is positioned. A generous courtyard to the north becomes an outdoor living room.  The dwelling feels more generous than its modest size.

A simple kitchen sits on the short wall of the living room. Along the northern edge, wooden doors open, enabling the space as experienced to extend up and over courtyard walls to the forested ridge which rises beyond.

The home is passively heated and ventilated with openings and orientation sensibly deployed. A wood fire for winter warming and a ceremonial hearth. Bedrooms and bathroom are organised perpendicularly to the main space. Skylit and intensely private, these rooms are modest in scale and furnishings.

The Lighthouse has a subdued vocabulary of cement sheet, gravel and blockwork. Timber window reveals and wooden doors are meticulously detailed. Those parts of the house which are touched offer a rich haptic experience. The crunch of gravel and the texture and scent of timber enliven the formal simplicity of the architecture.

A productive garden has been established between the existing house and the new dwelling. The scale and tactics of the building are polite and respectful to neighbours.

Our office is a short walk from the Lighthouse and we often see our client out walking in the late afternoon sun. With a smile on her face she tells us that her house makes her happy every day. This makes us extremely glad. 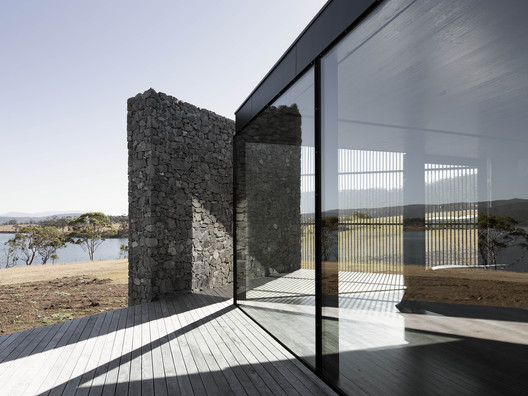