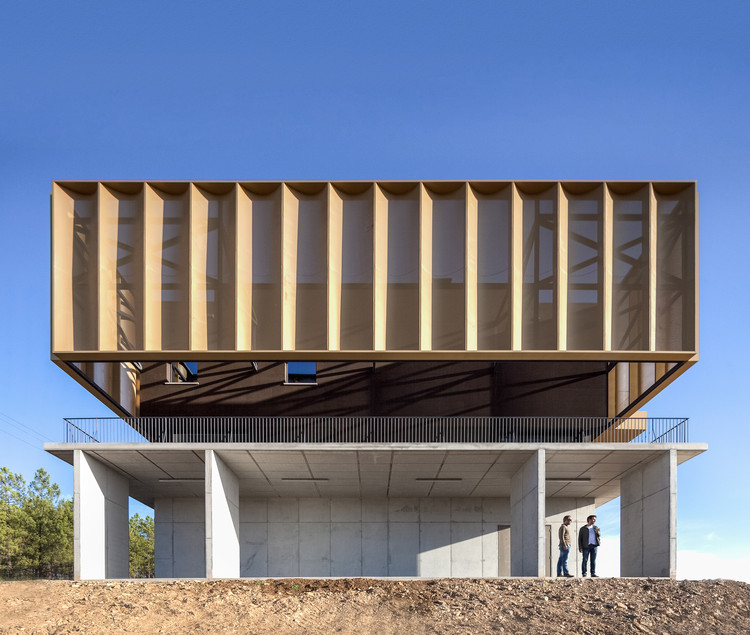 Text description provided by the architects. The plot, located in Sarnadas de Ródão, Castelo Branco district has an area of about 15 ha, of which 10.5 ha will be planted with vines. It is divided by the highway A23 into two parcels with approximately the same area. To the south, the land is marked mainly by the existence of a small dam that will feed the irrigation system of the vineyards. To the north of the A23 highway, a pavilion with approximately 530 m2, a water tank and its pump room, punctuates the terrain at its highest level. An underground passageway (tunnel) to the West and a viaduct to the East constitute the transport and pedestrian connections between the North and South parcels.

The idea of the project was to unify the existing construction and the necessary expansion of the program, transforming them into a single object. From this duality between pre-existence and new construction, two distinct materials arise in a complementary contrast with each other. On the one hand, the cork panel lining of the existing walls; a material related to this region and with excellent thermal and acoustic characteristics. On the other hand, reinforcing this concern regarding the thermal behavior of the building, a second metallic skin of golden color constitutes a "ring" that surrounds the existing building and materializes the new spaces of the winery. This "strap" causes overshadowing of the technical spaces allowing the necessary regulation of temperature and ventilation in a natural way. This solution also allowed a more versatile and free design of the elevations according to the defined program.

Given its micro perforation and waving sheet modules, this skin has been developed as a texture that works at different scales: a perceptive texture from the motorway and a textile appearance in a situation of greater proximity. The distribution of the program locates the production areas with a more technical character in the area corresponding to the existing pavilion, with a free height of about 6 meters and an area of approximately 500 m2. This open-space area has two independent exterior accesses. The access on the east façade receives the grapes whilst the gate on the south façade is for loading and unloading the finished product. It is also on the East elevation that cold production machines are located.

On the north side, there is an extension of the existing pavilion that corresponds to the social and production support areas of the program. The access to this sector is made through a covered outdoor gallery at the ground level that rises above the vineyard as one approaches the main entrance. Here one can find the reception, a wine exhibition area, an office, a laboratory, sanitary facilities, changing rooms and a storage. The latter two have direct access from the production area. A grand stairway connects the 3 floors from here: On the basement there is the casks room with the capacity for 80 wooden barrels, seen as a safe box protected by a big glass screen and concrete exterior walls; On the first floor, the more scenic part of the program: the kitchen, a small suite and the wine tasting room, which directly overviews the south-facing Vineyard through a covered terrace. 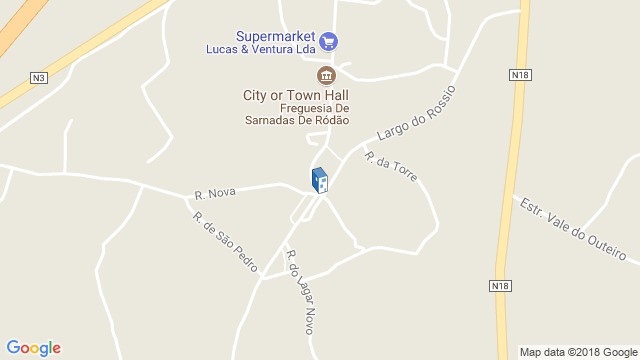 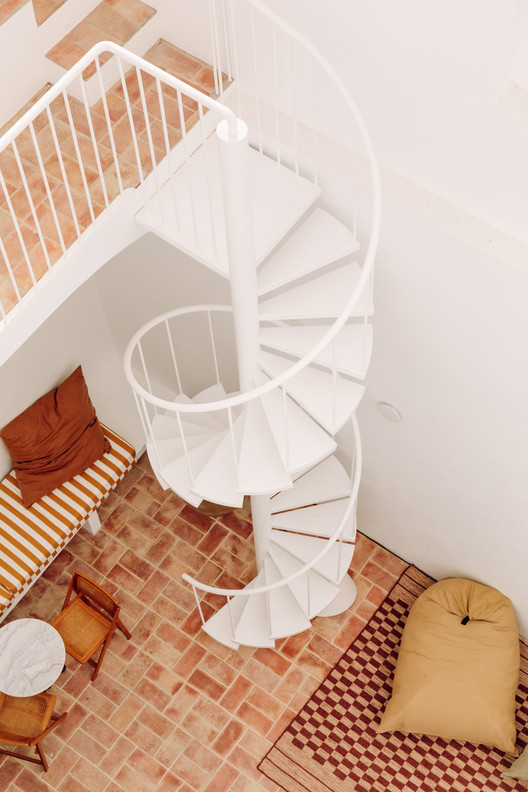 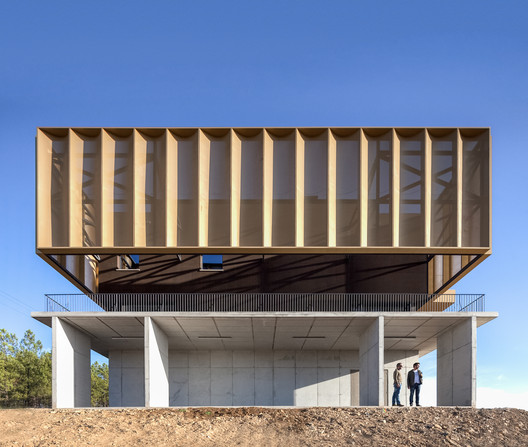