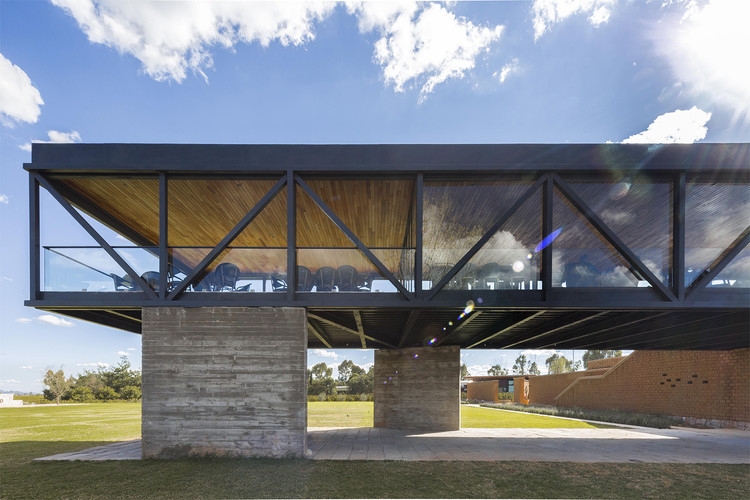 Text description provided by the architects. Tierra Adentro Wines is a young project that was born to continue a family dream since 1971, the year in which the first vineyards were planted in Campo Real Zacateca. Pursuing the dream of the founder, the second and third generation of the family managed to open the doors of the winery in 2016 for people to enjoy the vineyards, their wine and the process of creation.

The Tierra Adentro Garden and Restaurant is a project created to live in the countryside along with a gastronomic and social service where it is possible to receive events and meetings of different scales. The building is inspired by the linear order and rhythm of the plantations that surround it; which represent the work of man and his participation in nature. The project consists of lines that overlap itself and are converted into volumes, each one distinguished by its materiality.

The protagonist material of the building; the construction on land is a handcrafted and rustic work, as the process to produce wine, considering also the fact of being a sustainable process represented by an architecture with qualities of the construction with earth. The founder used adobe in the old farms, which also influenced the choice of material to rescue the family memory. The volume can appreciate the vineyards since the land of the grapevine seems to rise and form the wall, appearing like a pavilion of earth subtly erected between the field. This volume is used to create a wide wall that divides the access of the event area and that hides in its interior sanitary and kitchen services.

A special terrain to contemplate the vineyards is the boundary of the platform, where it was tried to place a structure of horizontal form to subtly integrate in the landscape, from this point arises the idea to rescue an old stone bench that was much appreciated by the founder and that was lost in a restoration of the old farm. The sculptural bench, which turns its back on construction, seeks to contemplate only the natural landscape, allowing the appreciation of a stream that rises from the water channel.

Perpendicularly to the earth pavilion, a steel and glass pavilion is mounted. A lookout with gastronomic service where, thanks to the structure of steel and glass, it is possible to appreciate the winery and the vineyards from a higher level. The access to the lookout is a route that begins in the earth volume in which, during its ascent, it is possible to visually appreciate the depth of the field. Afterwards, moving through the slim volume of glass and steel from the back of the access to the front, where there is a balcony and an outdoor terrace. The pavilion draw near the vineyards as the walk develops and its narrow form allows all employees to enjoy the immediate views to the outside.

The irrigation and water channels are part of the agricultural system. The water in movement is life and the human being by instinct follows its sound and its contemplation. Three elements with moving water limit the elevated terrain to contemplate them along with the landscape.

The pride of this building is the hands of the Mexican workers and artisans who make possible the execution of the project. The adobes were locally made with the land of the same terrain by Zacatecan labor, the sinks are inspired by the Mexican molcajetes and made especially for this project by the renowned artisan Ignacio García de San Lucas Evangelista, recognized for his work with volcanic stone. Among these examples of handicrafts, we can include all the participating workers: stone farmers, carpenters, steel workers, gardeners, builders, among others; a special thanks to all concerned in this project. 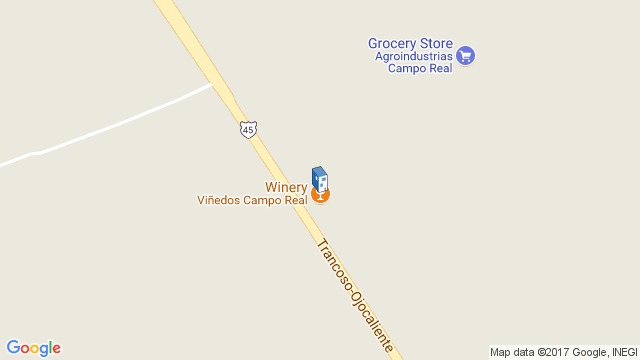