For all those Game of Thrones fans looking to go face to face with a White Walker (or snuggle up like Jon and Dany), here’s your chance: Lapland Hotels Snowvillage in northern Finland has opened its very own Game of Thrones-themed ice hotel, complete with ice-carvings of the show’s best settings and sigils. 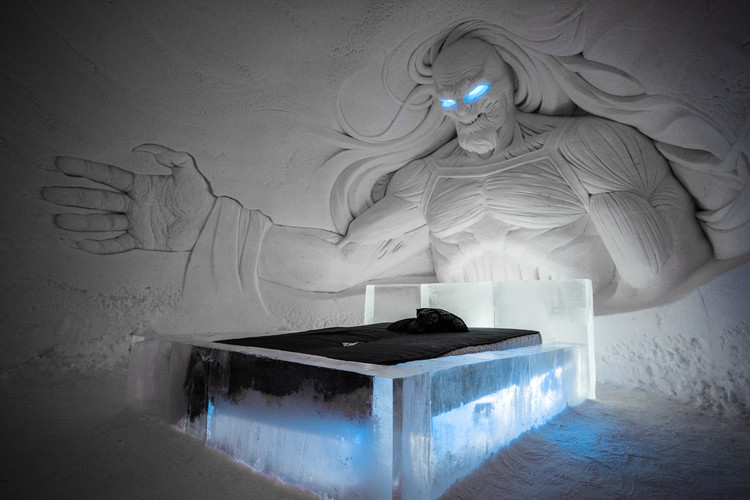 Located in the resort town Kittilä, 125 miles (200 kilometers) north of the Arctic Circle, the Snowvillage is constructed each year once temperatures reach below -10C in late October or early November. Featuring a hotel, restaurant, bar and chapel, all carved from ice, the Snowvillage is a verifiable winter wonderland, covering an area of 215,000 square feet (20,000 square meters).

For the 2017-2018 season, the hotel teamed up with HBO Nordic to create the Game of Thrones theme, bringing in ice sculptors from around the world to design and construct rooms based around the places and characters from the show, including Braavos’ Hall of Faces and a full-sized replica of the Iron Throne.

As temperatures can drop to -5C at night, each room is outfitted with thermal sleeping bags and warm beverages each morning.

Learn more about the hotel, here. 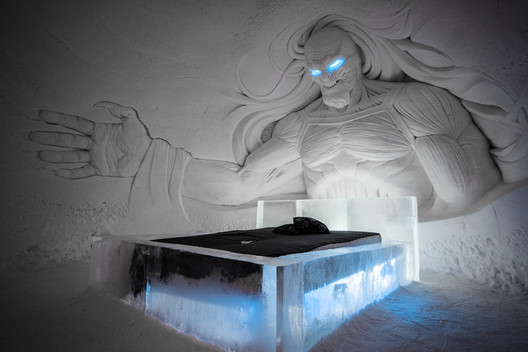