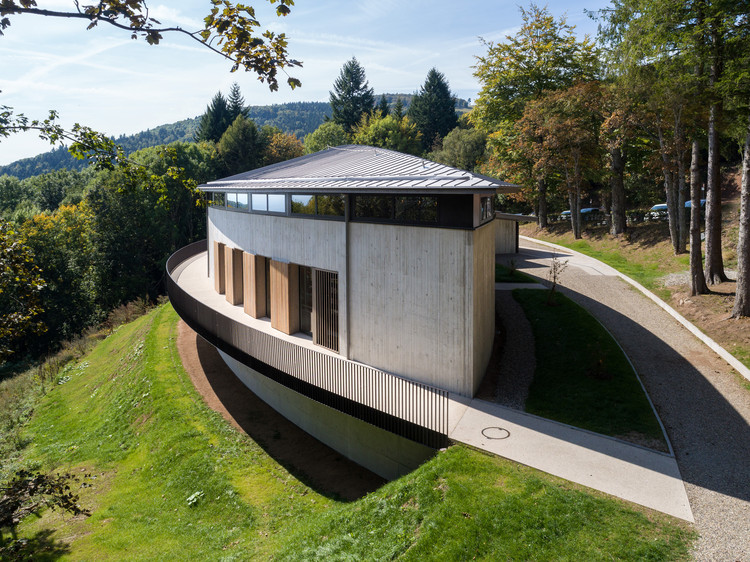 Text description provided by the architects. The Hartmannswillerkopf overlooks and dominates the Alsatian plain, the Rhine, and the Bade Country and faces the massif of the Black Forest all upon which he can offer breath-taking views of. On clear days, the panorama stretches to the Jura and the Alps. Since the First World War, the battlegrounds of the Hartmannswillerkopf became for many French and Germans a sacred mountain. During the conflict and according to the German trench newspapers, it was the « key to Alsace ». It comprises of a battlefield, a necropolis or a French military cemetery and the national monument of the Silberloch pass. These last two elements form an architectural ensemble oriented between the pass and the summit, whose perspective opens itself at the start of the “Route des Crêtes” which serves the site

The Historial does not impose itself, nor does it compete with the monument rather it finds its place, discretely flowing into the landscape. The pavilion is the link between the grand landscape, the site, and the monument. Thus, the project is inspired by the past but is resolutely turned towards the future. A welcoming architecture, non- ostentatious, open and radiating, inscribed in present-day dynamics. The fluidity of the curves, the lightness of the forms, the natural and renewable materials, the ecological and landscape sensibility, both its logical and rigorous functioning, all speak to our common contemporary sensibilities.

As any higher altitude construction, the building, slightly in a back slope, is anchored to the terrain. The natural slope of the terrain is made good use of, the forest’s vegetation envelops the building and the existing trees are preserved. Generously open on the southern sun covered slope, in a privileged natural position within the grand landscape, the building integrates itself in the topography. It is composed of a concrete foundation cast in place within a wooden board formwork, solid and robust, upon which rests a wooden framework, sourced from local forest industries of Vosges pines and Black Forest spruce, also symbolizing through the choice of materials the Franco-German union. This rapport with nature is sublimed. The roof’s framing veins evoke a leaf delicately laying on top of the volume. 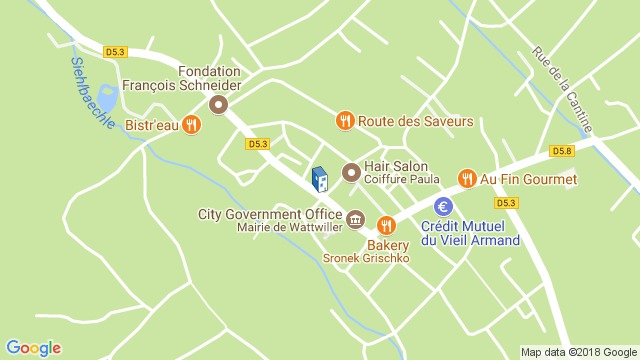 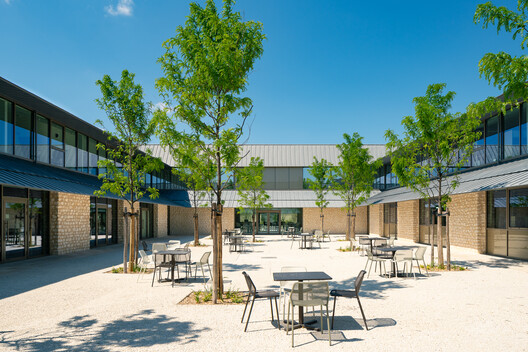 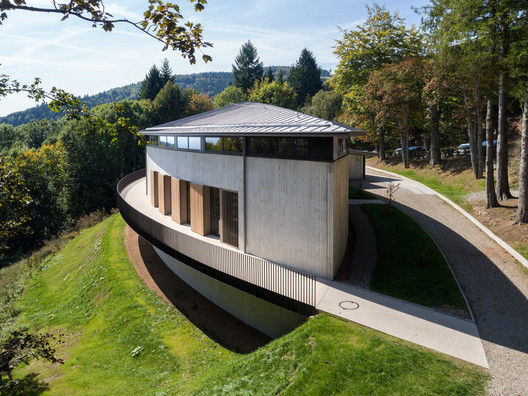