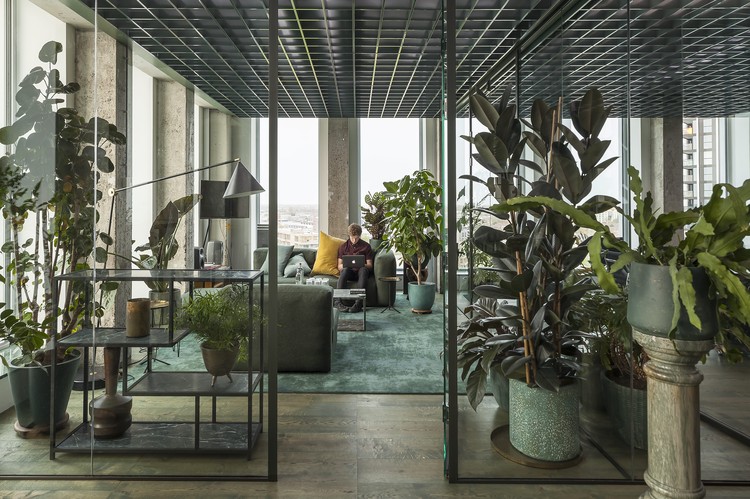 Text description provided by the architects. A’DAM stands for Amsterdam Dance And Music. The recently renovated 60’s icon is located on the banks of the IJ river and is home to several nightclubs and leading international music companies including Massive Music, Wink, ID&T, Gibson and now Sony Music.

The foor plan places enclosed functions near the core, freeing the views from obstruction and allowing the concrete facade construction to claim the spotlight. Special attention has been given to the lighting system. On top of the grid ceiling, LED strips illuminate the white acoustic spray above it, creating hyper-difuse light below and eliminating shadows. Furthermore, the core resembles the inside of an amplifer, the bar doubles as a stairs and the vinyl boardroom table is also a DJ booth.

While in the music industry, work and play are very much intertwined, the design seeks to separate the two and give them their own space. This way, one can either be fully focussed at work or fully relaxed at play. The division is emphasized by creating a radical material palette: grey and green, and nothing in between. 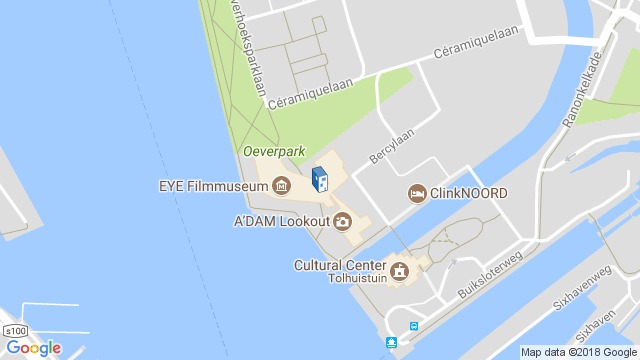