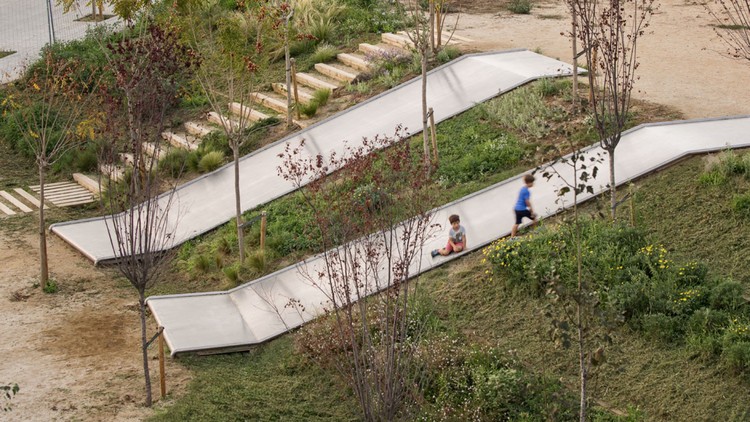 Text description provided by the architects. The heart of the Park is formalized as a largely equipped promenade converted into a balcony-viewpoint of the city of Masnou. The park connects the two sides of the city and converts this new layout into a large, substantially flat promenade, formed by two levels that adapt to the topography of the site and generate two terraces of changing dimensions.

The lower terrace is conceived as a large square of sandstone where stands are located with its stage for the realization of shows, a kiosk, a fountain with springs and a few planters with aromatic plants. Along the square, there are large groups of trees, with benches and lampposts, with rest areas. In a second level, there are some paths connecting the urban environment with the heart of the Park.

Besides, the Vallmora Park hosts an Insect Hotel, also designed by Batlleiroig. The Insect Hotel consists of a refuge and place of artificial hibernation for insects, created with natural materials. It is a structure divided into strata for different types of nesting and is made up of materials such as stone, wood and pine cones. For example, particularly vulnerable species such as solitary bees can be installed in order to develop and reproduce in a quiet and protected space.

It is, therefore, a practical and economic measure to help the conservation of insects in danger of extinction due to the practice of agriculture and deforestation. Among others, the main objectives of the Insect Hotel are to promote the biodiversity of the space and become a pedagogical and research tool. So that it is an ideal attraction for an urban park. Some of the species that live in the Insect Hotel are spiders, beetles, crickets, praying mantises and ants. 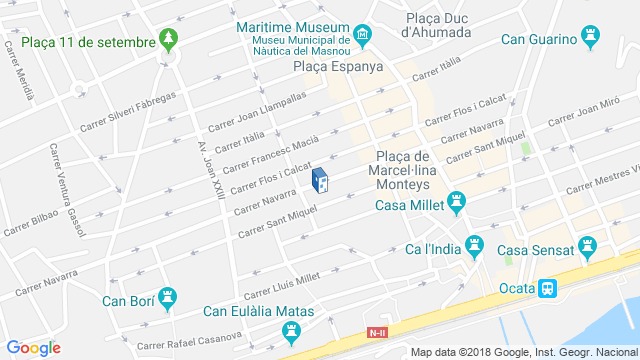 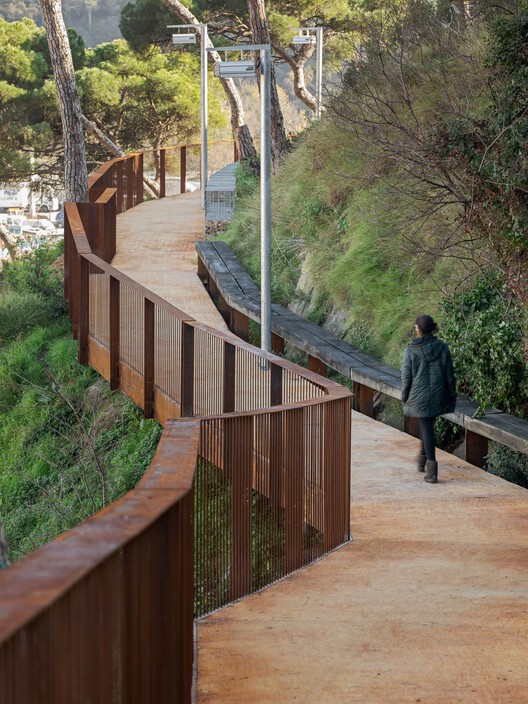 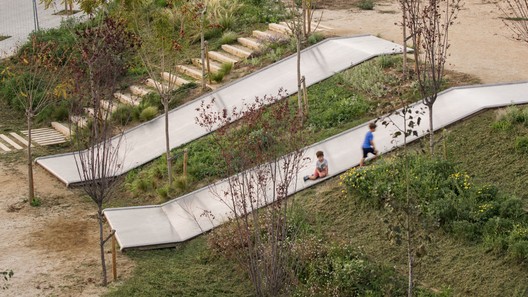