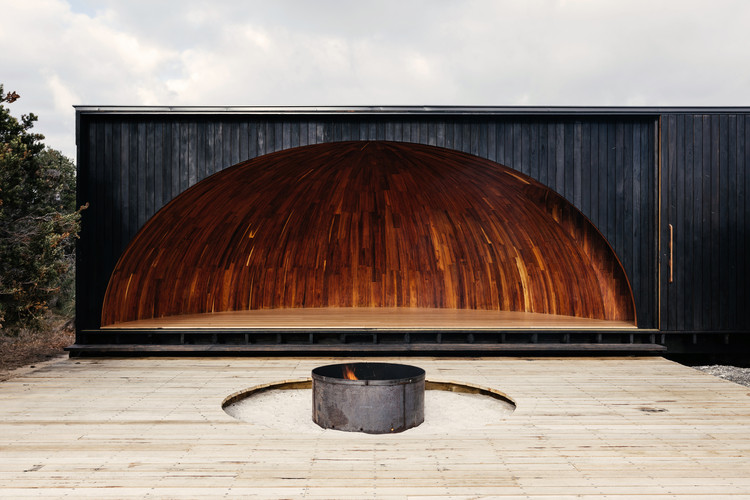 Text description provided by the architects. This Standing Camp (krakani lumi or place of rest) in Tasmania’s North East National Park is for the Aboriginal Land Council of Tasmania.

The site fringes the northern edge of the Bay of Fires, and serves as a two night stop over for a 4 day guided walk through the cultural landscape, from wukalina – Mt William, to larapuna - Eddystone Point.  The brief required accommodation and communal facilities for 2 guides and 10 walkers.  It is the first walk of its kind in Tasmania that is entirely owned and operated by the Aboriginal Land Council.

The approach to the site is made from an exposed and pristine beach dune, through open coastal heath that is rich in diverse flora and animal-life. Impossible to see until arriving, krakani lumi is enveloped deep within a grove of banksia marginata.  Clad in charred Tasmanian timber, the individual structures appear as a series of discrete dark pavilions, merging as shadows into the surrounding dense banksia, camouflaging the camp when it is not in use.  The exterior of the individual structures of the standing camp are robust, tautly detailed and resilient to the corrosive sea air and to tampering.  When the individual structures are opened, a warm half-domed blackwood-lined interior is exposed.

The proportion and materiality of these vaulted interiors is derived from the siting, form and qualities of the traditional seasonal shelters of Tasmania’s first peoples.  Predominantly made of arched branches and sheets of bark, the interior of the traditional half-dome structures were often covered in charcoal drawings of circular motifs, and depictions of the constellations. The open spatiality of the traditional half dome form amplified the experience of dwelling within a larger landscape room.  The telling of the creation is a speaking into being of country.  It is an initiation into the cultural and spiritual interior of the landscape.  This context and the notion of the story-telling interior is an important parti for krakani lumi.  Through the revelation of the interior, a story of concealing and revealing is told, which belongs to the privileged cultural experience.  The exterior charred ‘skin’ which conceals and protects the narrative of the interior forms, ensures agency to the Aboriginal community in the telling of their story.

The structures are sited and detailed to minimise impact to native flora and fauna. Individual buildings were constructed in modules and carefully airlifted into place.  Throughout, small hollows have been made within the wall cavities to allow occupation by endemic birdlife and other hollow-dependent marsupials.

Within the sleeping huts, the bedding is supplemented with quilted wallaby furs – known traditionally as ‘reore’, and the space is scented with the essential oil of the local maleleuca ericifolia: a flower that was traditionally used to aid sleep. 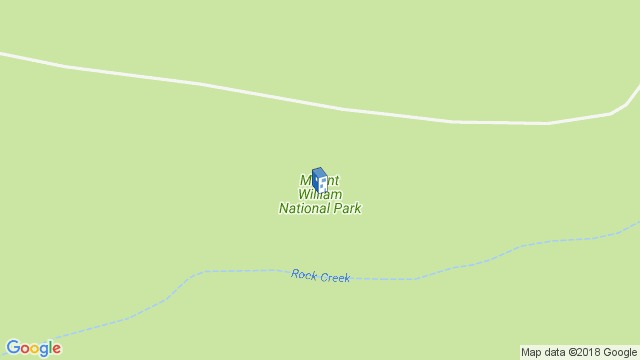 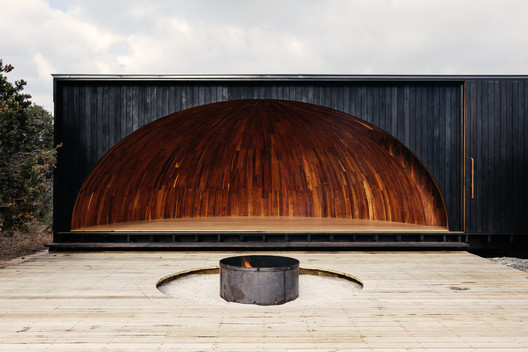