In response to the tropical climate of Vietnam, this proposed office building uses a "tropical double skin" to moderate heat gain while improving acoustic resistance from the noisy streets of Ho Chi Minh City. This design comes from Inrestudio and proposes the use of the "tropical double skin" as an "alternative office design for tropical urban environments." The facade consists of modules, each approximately 400 cubic millimeters, made up of six steel rings. The system of modules on the facade support planters filled with various plants and trees, casting kinetic shadows on the interior of the building.

The modularity of the facade continues inside the building through the structure and provides the interior with a unique connection to nature in the middle of a dense urban area. The facade system integrates vegetation providing greater protection from water penetration, compared to the majority of office buildings constructed in Vietnam that use a single layer system.

Taking into account that the integration of a double-glazed facade system is not needed in a tropical climate like Vietnam, the design instead provides an inner layer of glass and an outer layer of greenery to define it. This ultimately means the system is much easier to maintain while still providing the adequate protections required in a tropical environment. 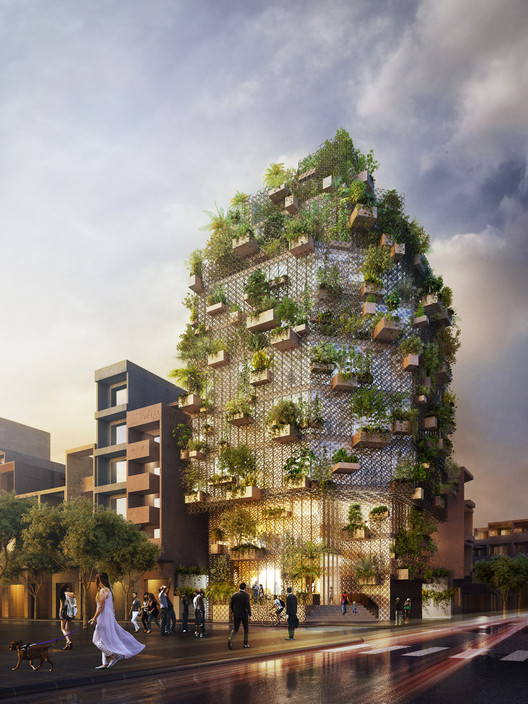