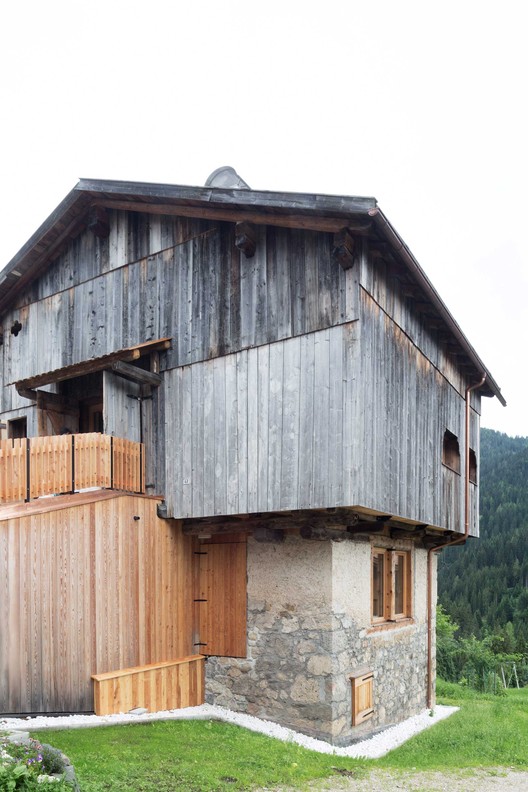 Text description provided by the architects. The discrete refurbishment of this alpine barn gave new life to a structurally complex building that lies in a fragile context such as the Dolomites, a UNESCO World Heritage Site.

Within the Cadore area, these types of buildings are called “Tabià”. They are made of stone and wood and were typically used as stables on the ground floor and as haylofts on the upper ones.

The exterior wooden boards were removed, carefully washed and later remounted. Meanwhile the beams and wooden pillars were exposed so as to analyse the complexity of the structure and its joints.

Between the structural elements and within the interstitial spaces of the weakest elements, new iron profiles were added to strengthen the wooden frame, of which the original elements have been maintained almost totally. The new iron profiles were added on site working in between the existing structure and later were painted black to highlight their presence and function.

On the outside, on the north façade, an annex was removed. This operation led to the possibility of restoring the access ramp to its original dimension and gaining a new bathroom underneath.

The colour of the new wooden bars marks the difference with the original ones and allow you to see how this natural material changes its aspect according to orientation and incidence of light.

Great attention was dedicated to the windows in order to allow views of the main surrounding mountains and guarantee wide and luminous inner spaces.