Save
The Hawkhead Centre / Page\Park Architects 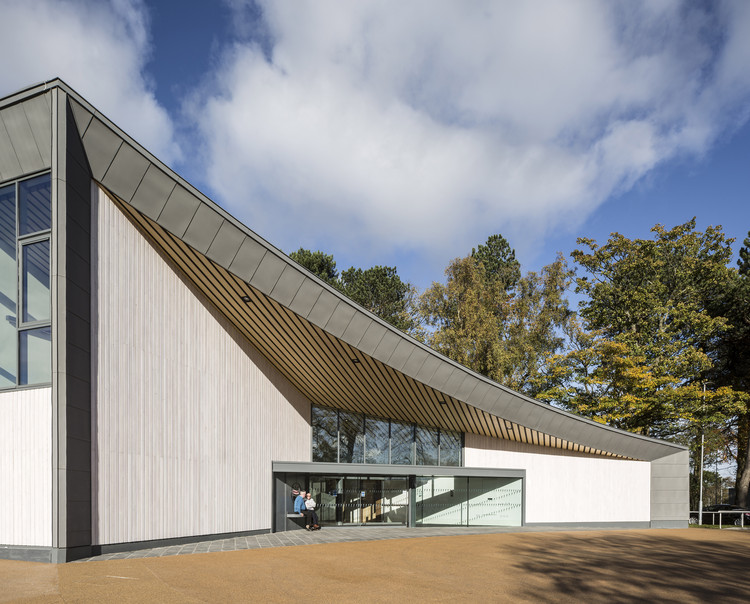 Text description provided by the architects. The Hawkhead Centre is a new activity and support centre for the charity Scottish War Blinded, who provide free support to ex-service men and women who have lost their sight during or after military service. The Hawkhead Centre is Scottish War Blinded’s flagship facility on the west side of Scotland, building upon the success of their existing facility, the Linburn Centre, in the east.

The centre provides a wide range of facilities to aid the charity in their work, including a sports hall, gymnasium, art room, wood workshop and a large dining area which forms the social hub and heart of the building. A significant part of the centre is the connection between the inside of the building and the new sensory garden to which it opens out, complete with planting areas, pergola, potting shed and greenhouse, encircled by existing mature oak, larch, pine and maple trees.

The design of the centre is inspired by the placename ‘Hawkhead’, the area of Paisley in which it is situated. This led to the key design move of envisaging the roof of the centre like a sweeping wing which shelters all of the activity below. This roof, which is lined in timber, has five large triangular rooflights set within it which provide light and interest to the central dining and gathering area. Every key room in the building has a visual connection to this sweeping roof and to the central gathering area, engendering a feeling of community and connection to a wider whole. 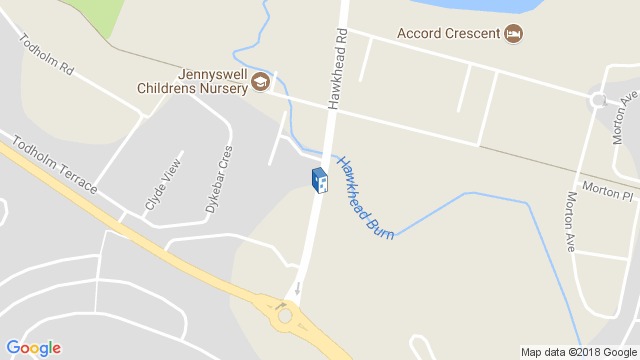 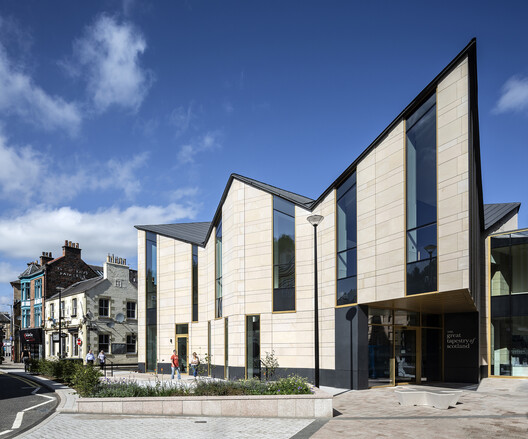