Lord Norman Foster has been named the next President of the UK’s Royal Fine Art Commission Trust, an independent charity aimed at promoting “visual awareness and public appreciation of high-quality design” within the United Kingdom.

Chaired by one of architecture’s foremost patrons, Lord Peter Palumbo, the organization was established in 1987 as a complement to the Royal Fine Art Commission (since absorbed into the UK Design Council), the Government’s advisor on matters affecting public amenity and aesthetics in England and Wales.

As the newly minted president, Foster succeeds former Secretary General of NATO Lord Peter Carrington, who has also been announced as the charity’s first Patron.

"We are delighted that Norman Foster has agreed to serve as our President,” commented Lord Palumbo. “Britain's most eminent architect, renowned across the world as a master of his profession, he combines huge accomplishments with a laser-sharp strategic vision of how our cities should develop. We look forward to working with him to help ensure that the good design is seen across the country, especially in the context of the Northern Powerhouse, as something that both creates and enhances economic growth”.

At the Royal Fine Art Commission Trust’s annual lecture in Manchester last year, Foster argued for the potential of northern cities to rise to become leaders in innovation and intelligent design, challenging architects and decision-makers from all fields to think globally.

“It is ironic,” said Foster, “that one of our prime exports – design and engineering skills – continues to fuel investment and growth globally, while being restricted by indecision and short-termism in the UK.”

In addition, architect Sir Terry Farrell and Dr. Maria Balshaw, Director of the Tate Galleries, were appointed to the Royal Fine Art Commission Trust’s Advisory Board for three-year terms beginning on 1 January 2018. 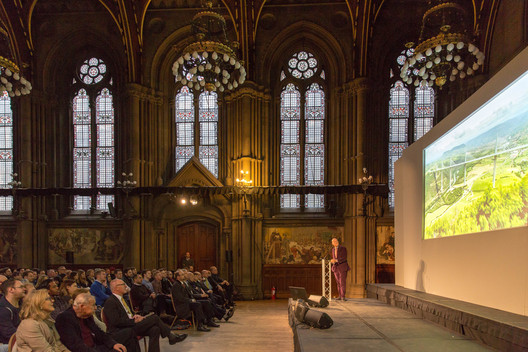