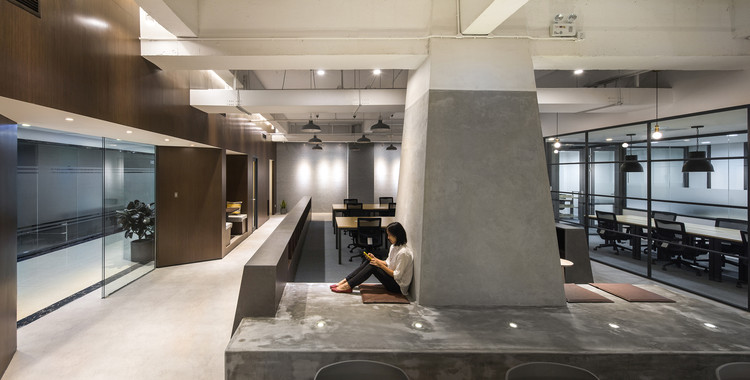 Text description provided by the architects. This is an interior design project of a small co-working space that consisted of seven office rooms, twelve individuals’ dedicated desks, a non-designated working space with eight seats, and some shared spaces including a drink bar and a lounge. The site is a 300m2 rectangular piece in a typical office tower, but with one structural column in the middle of the floor as an atypical feature.

In response to the concept of “co-working”, the main part of the project was designed as an open environment without having obvious divisions between each functional space. Instead, the space was organized by the following four spatial devices: Platform, Counter, Column, and Frame.

There was a design intention to treat the first three devices as extensions of the ground and create spatial settings by landform. Although the site was way above the real ground, they appeared solid and anchored to the place. And those spatial settings created tangible relationship between the behavior of people such as sitting on or leaning against.

The fourth spatial device, the Frame, was very different from the first three. It was constructed as a glass screen with metal frames in a grid pattern, and installed over the site from one edge to the other. From some view points, it appeared as a surface with strong indication of perspective due to the grid lines, and from the other view points it appeared as a delicate screen due to the transparency of the glass and the thinness of the metal frames.

This Frame had multiple faces depending on how people perceive visually, and it created a dynamic relationship between the walking experience of people at the place. Whether it is through the body or visual perception, “the discovery of an environment” is the key design concept of this project. 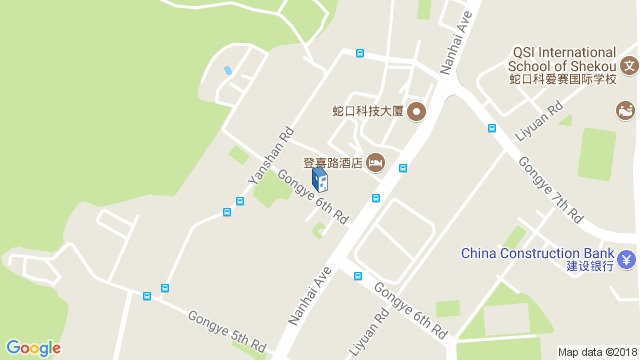 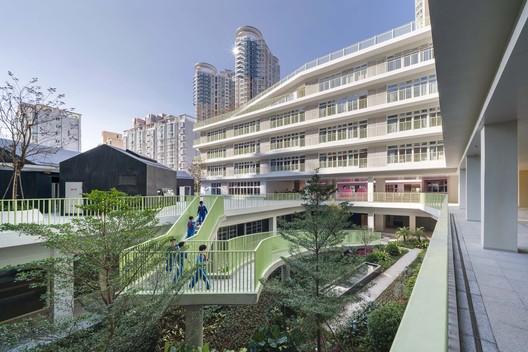 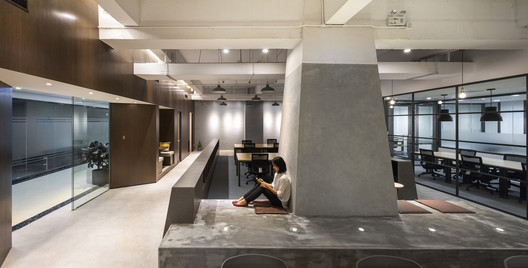