The celebrated modernist architect and innovator of social housing, Neave Brown, has sadly passed away following his battle with cancer.

Born in New York in 1929, he was best known for his post-war housing schemes in London and his investment in the local community. Recognised for his pioneering efforts and concern for the well-being of the residents of social housing, Neave Brown was presented with the RIBA’s 2018 Gold Medal for Architecture last October, on behalf of HRH The Queen.

Ben Derbyshire, RIBA President, paid tribute to Brown who unfortunately left us on the 9th of January.

“The architecture community has lost a giant,” said Derbyshire, “he showed us how intellectual rigour, sensitive urbanism, his supreme design skill and determination could deliver well-being to the local community he served so well in Camden.”

"Neave's contribution to architecture will not be forgotten. His vision and ideals live on in the generations of architects, whom he has inspired. All his UK projects are listed. That they are loved by their communities is clear.”

Alexandra Road estate was one of Brown’s most well-known projects. Build in the 1970s by London’s Camden Council, the low-rise high-density housing provided a private space outside for all the residents. It still stands as a prototype for social housing today, particularly after the unfortunate events this year of Grenfell Tower – an issue he was particularly passionate about upon receiving the medal last October.

Three weeks after Neave Brown was awarded the RIBA’s Gold Medal for Architecture, a sold-out audience of nearly 1,300 attended an event organised by The Architecture Foundation to hear him speak at the Hackney Empire Theatre in East London. You can watch the full interview below:

Read the RIBA's President, Ben Derbyshire's full tribute here and other tributes on the Architects' Journal. 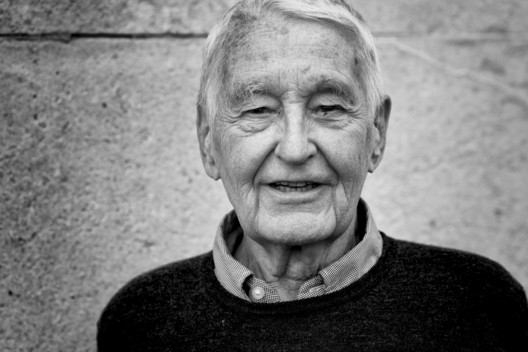