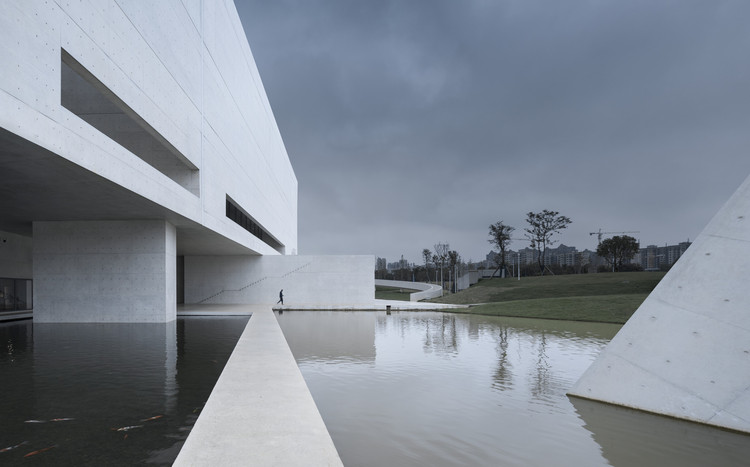 Text description provided by the architects. Xie Zilong Photography Museum is built on the banks of the Xiangjiang River and within the Yanghu Wetland Park in Changsha. The base is just in the visual corridor of the Wetland Park connecting the Xiangjiang River scenery belt. It is a cultural and artistic highland built by the government. The photography museum, the Xiangjiang new district planning exhibition hall, which we have completed before (2009), and Li Zijian Art Museum (2016) constitutes the cultural living room of the citizens of Yanghu.

Based on the idea of complying with the value cognition system of "autonomy" of architecture, through the continuous research and practice of regional typology, this project explores the "archetype" in architectural ontology, and finds out the "psychological schema" behind it. In addition, with the influence of Giorgio de Chirico's metaphysical painting, we were trying to find out the implicit logic behind the formal language-"type archetype-deep structure-psychological schemata" under the social prospect of pursuing splendor and representation. And will be integrated into the design of "Xie Zilong Photography Museum ".

The metaphysical painting of Chirico is the meditation of eternity, through the“light and shadow”, the picture diffuses mysterious spaciousness and profundity, profound sense of tranquility. The design of the museum use the familiar objects in daily life to metaphorize and construct a maze of time stagnation, which guiding viewers to pay close attention to alienated strangeness. Directed at the huge cone tower in the sky, the truncated streets suspended in mid-air, a fork in the road that leads nowhere, the cycle of reciprocation, and the mysterious ramp that staggered to look out......

Some of the elements appear many times in similar but in alienated forms, that all together create a strange feeling of time stagnation, eventually people got lost. The white warm fair-faced concrete wall makes the spatial structure of the building show the most essential neutral condition, highlighting the mystery of the material. The spatial depth gradually emerges through light and shadow, intertwined with the memory. The maze is an ambiguity metaphor that refers to the lost place as well as the fascinating and intoxicated place.

The main body of the building is one-off cast of white fair-faced in-situ concrete, no matter the wall, ceiling, ground or outdoor square, platform, trestle that only use the same material of fair-faced concrete. This construction itself is transcendent. In order to pursue the quality and performance of fair-faced concrete, a large number of samples were made in the early stage of construction. Sample wall and white concrete grading test: use high quality white cement instead of traditional Portland cement as the main gelled material, select white or light color sand as aggregator. At the same time, the active mineral admixture which has great influence on the whiteness of concrete, such as fly ash and mineral powder, is eliminated.

A series of improved tests have made the whiteness of concrete up to even exceed the international standard of 88%. It is the whitest fair-faced concrete building in China. The image hall materials deliberately pursue white, white as a concept. It can reduce the interference of the inherent color of the material to the other components in the space and not lose the texture of the fair-concrete itself. White is still the expression of "empty" to some extent, which not only emphasizes the art in the museum, but also reserves more thinking space and possibility for the choice of art. 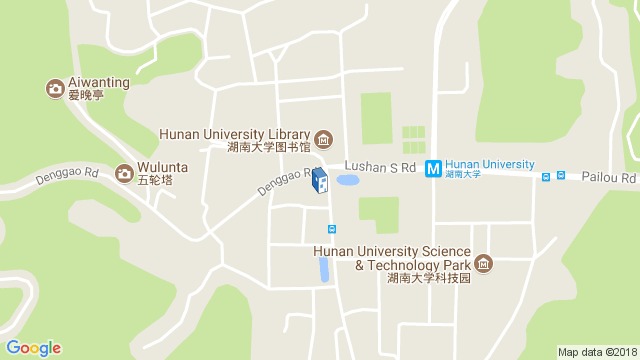 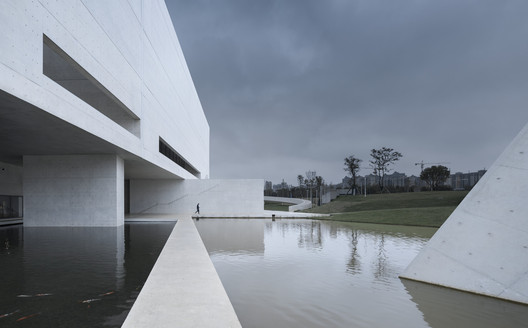