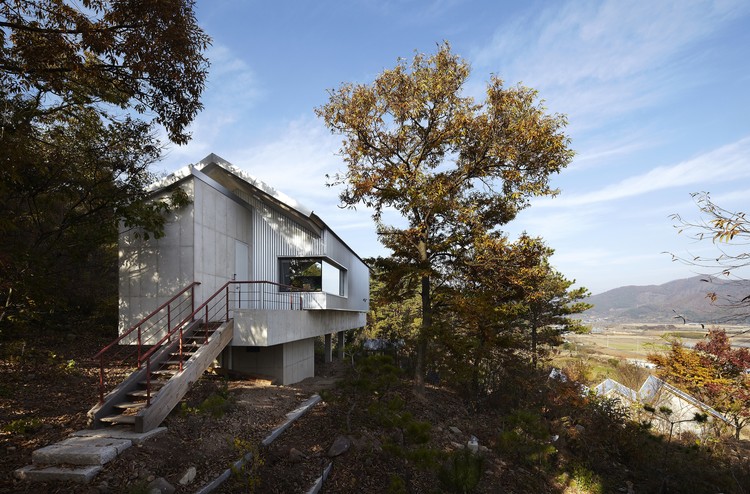 The Second Life: The client, who is a professor and an engineer, is facing retirement in three years time. He wants to prepare for this second life, where he will enjoy the surrounding environment in a nature-friendly home.

The Yard-less House: A house is built on a small mountain, land borrowed from Mother Nature. The trees are carefully dug up in order to set the house's foundations. Because the lot is borrowed from nature, the creation of a yard for human pleasure was felt to be unnecessary. There is only a small path leading towards the entrance. As there is no yard, the entire surrounding environment-where one lays his/her eyes become the yard.

Scattered Rooms: Each room is widely scattered and placed on the edge of the site. The shell-shaped rooms seem to occupy the site at its widest reaches, but they actually take up a minimal land area. The smaller the architecture, the more abundant the relationship with nature. A glass house is placed between the areas of the rooms. A roof panel is placed on top at a tilted angle. Building a glass house that is to be part of nature, allows one to be as close to nature as possible by becoming nature itself.

The Forest and the House: The forest share the house and the house shares the forest by allowing one to step out from the functional spaces of life. The social relationship transforms the act of occupation to an act of sharing, becoming the starting point for the client's second life. 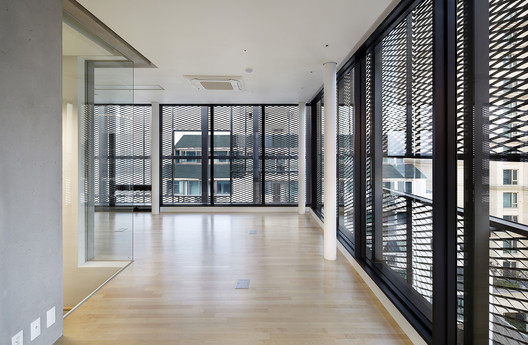